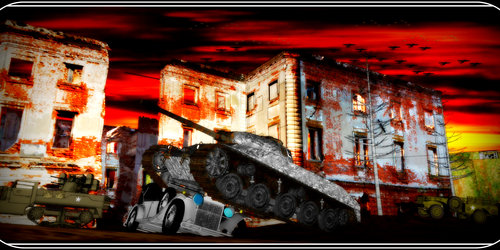 He wanted an old decrepit, derelict library in ruin.

I gave him that with a tad bit of a back story. This is Remmer Castle hidden deep within the forests outer of Ulm, Germany. In 1946, Reinhardt Heydrich had this captured domain professionally redesigned and reconstructed by Famed German Architect, Berthold Konrad Hermann Albert Speer. The entire compound served as a private retreat to the aging General until he finally passed in 1964. Since then, the compound has been left to ruin. More-so to the dislike of his fellow people.