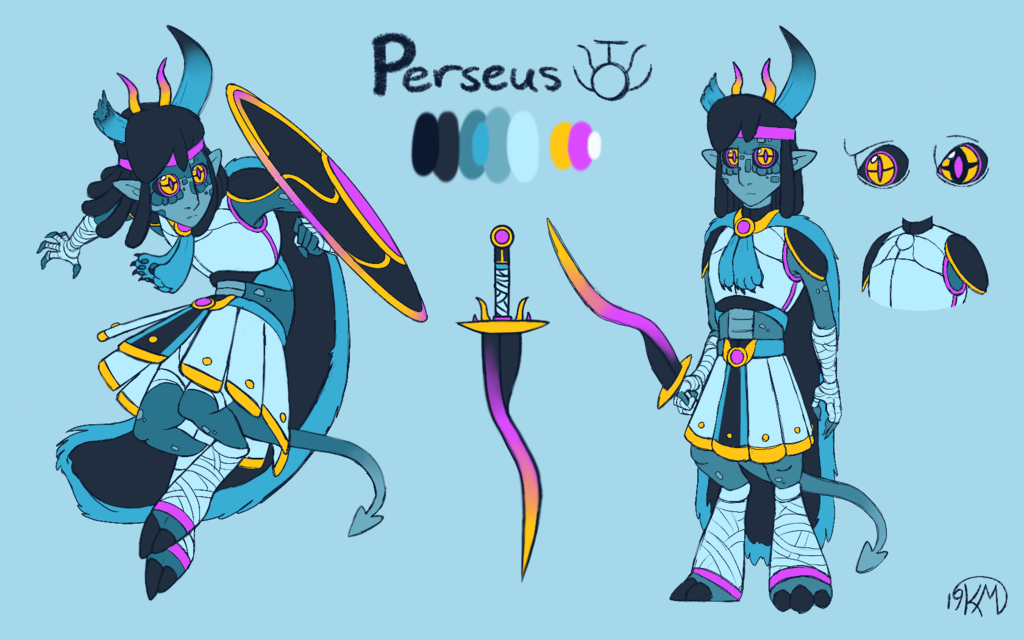 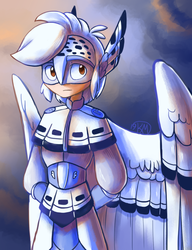 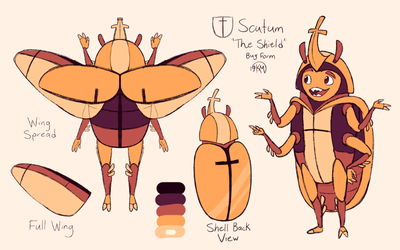 Well I fully intended on doing a lot of other things today, but I got completely swept up in finishing this design over the last few days. xD That said, I am super proud of it. :'D

This is Perseus! He's the zodiac companion to Aries, and if it looks like he's staring into your soul a bit, that's kind of the point, aha. In mythology, Perseus was a famed hero who killed monsters like Medusa and Cetus, so I thought it would be interesting if this new incarnation of the character (especially a younger one) adopted the traits of the monsters. He can't turn people to stone, but the focus on his eyes was intentional as an homage to this idea. He's a bit misunderstood, however, and prefers to fight for good rather than evil.