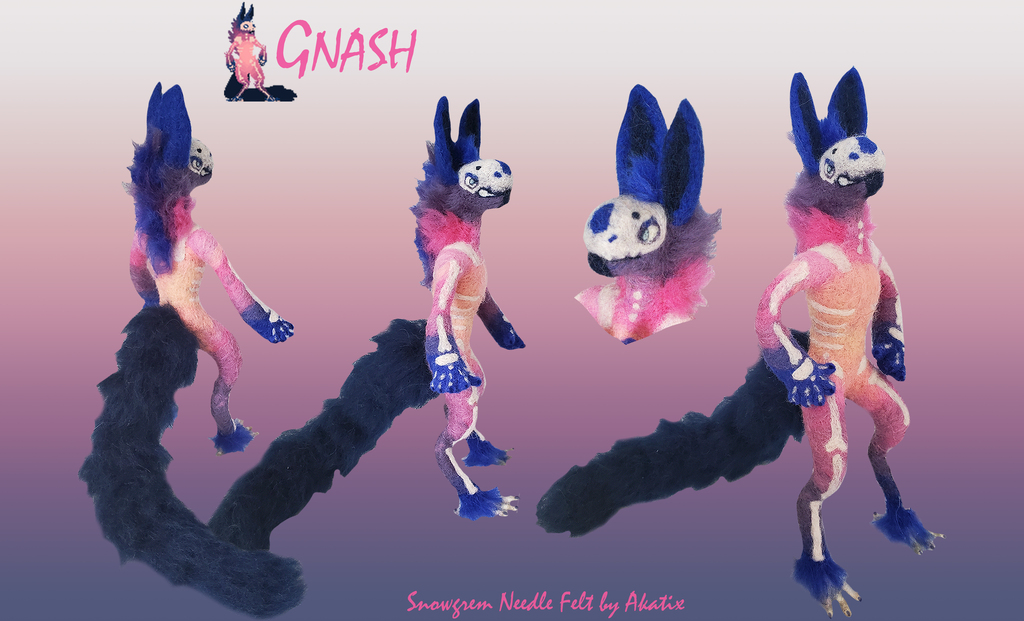 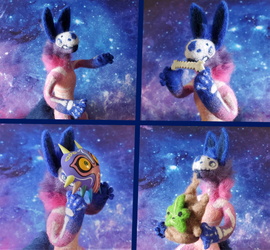 After what feels like forever, my boy is finally done! Between burn outs and commission priorities, he's been on the backburner for quite a while. But I had a burst of motivation and he's DONE!

Gnash is a Snowgrem, and here he stands 9" (23cm) tall with his ears and keeps his balance thanks to his 8" long fully furred tail. He is almost completely poseable, including his beeswax formed toes!

With a half snarl, he was really fun to take a few photos of * v* I have to find him a place to live on my desk now with the others, but for the time being it's fun wandering him around the house thinking of different things he could do lol I did want to do a photoshoot outside, but Alberta decided to Alberta and we're covered in snow again lol

I'll have to take him along on some trips XD

---------
More about Gnash Here
See my Carrd for more places to follow!
Akatix.ca for Commission info