Well look who's back by Akaikosh 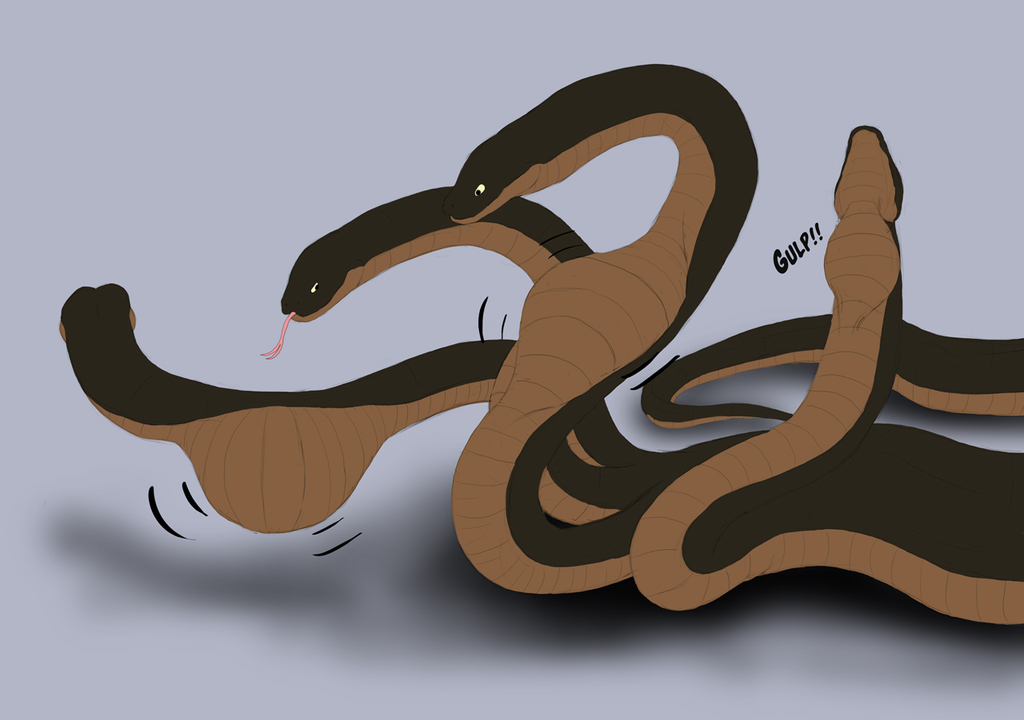 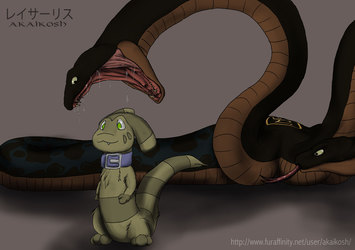 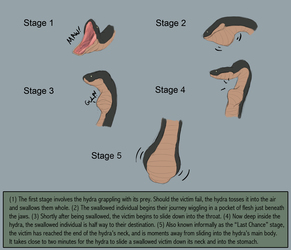 Well look who's back

It's the hydra from Dragon's Dogma! :D Started off as a very quick sketch, but then I decided to finish it x)

Four heads, but only three of them got to eat something. Poor head #3 got left out xP (Yeah it's hard to tell, but the third head didn't nom anything. 4th head got two prey eaten, second head got one, and 1st head just now nommed something.)

They should look on the bright side though - in a serpent-hydra's stomach, you don't have to worry about crushing damage from the stomach muscles - just acid damage from its digestive juices :P
Hurr hurr, not much consolation but ^^; (Durr hurr, referencing an old version of DnD's Tyrannosaurus, who would have varying physical damage dealt every turn from the stomach muscles and a set amount of acid damage thrown on top of that to reflect digestion occurring)

Swallow Whole. Possibly the best ability in any RPG next to Shapeshifting, and this hydra pulls it off beautifully <3

Alas, and I only just now noticed that one head is like twice as long as the others? x___x Ah well.