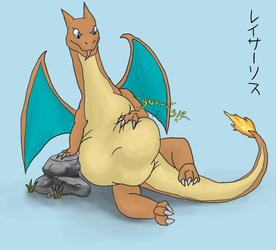 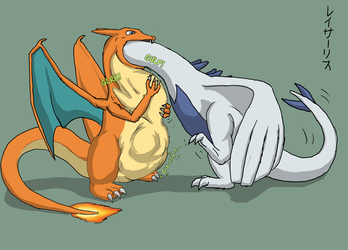 Next comes a big snake-burp

Would you believe I spent twelve minutes trying to come up with a title? ^^;

I had two that sounded great, but I thought that I should save them for something better. I always do that, and it makes it so hard to name stuff xD

Fun fact: Originally this was going to be a Serperior swallowing something, but I ended up drawing Arbok instead for some reason...

Anyway. So here we have my male Arbok - Kabor - having himself some lunch in the form of some dragon-y thing. I didn't want to draw myself, and didn't feel like drawing another Pokemon so... I just drew some generic but tasty prey o3o

...Actually his name is just 'Arbok' since I never named the Ekans before transferring it over to my Leaf Green file and so now I can't rename him in-game ^^; Hehehe, and since I was having troubles with a name, I just re-arranged the letters of Arbok. It's a legitimate naming strategy! :D

Also! I has a new signature thing =D

I think it looks really cute ^^ Though I will probably tweak it a bit in the future... Make it cleaner, better proportions... Etc.