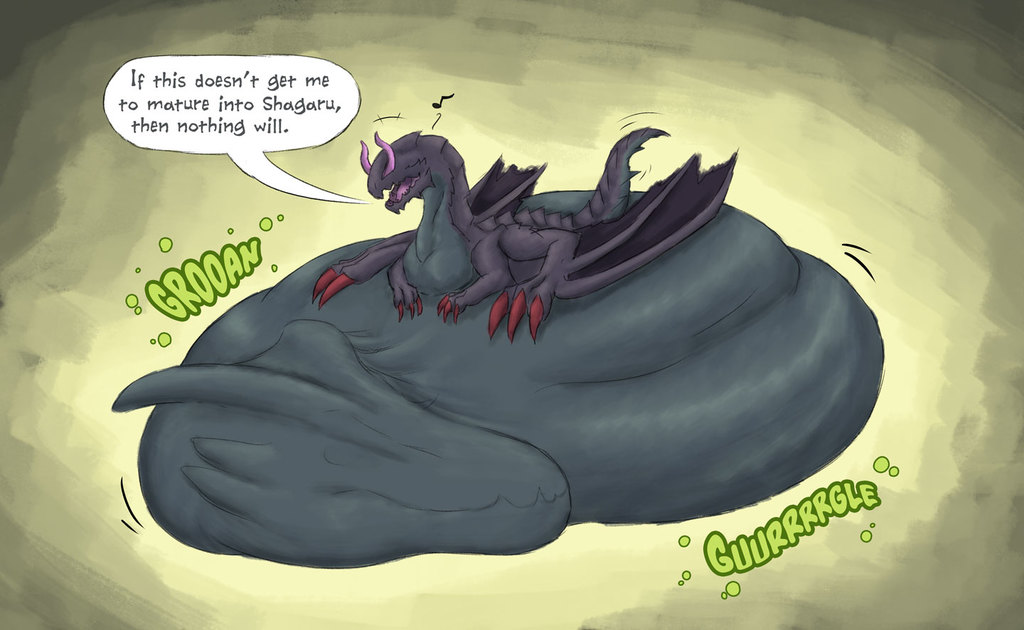 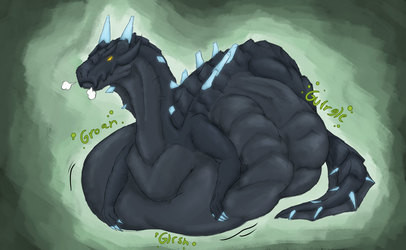 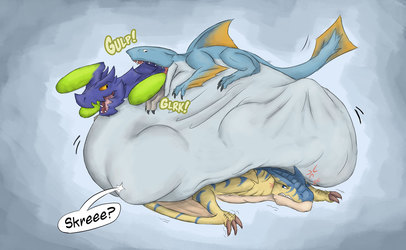 A series of drawings I had been doing where I'd use a random list generator to pick a predator and its prey, then draw the results :)

This particular Gore might enjoy being the meal for his fellow monsters from time to time, but if he doesn't get some prey of his own he'll never grow up into a bright shiny Shagaru. Not long after reforming after his trip through Ivory's digestive system, Gore set out to hunt for his own meal. Having surprisingly little luck in finding something other than Jaggi and Velociprey, he finally came upon a much larger dragon sleeping soundly atop a cliff. It was much larger than he was, but nothing ventured nothing gained. Gore flew up and circled around the sleeping monster, deciding where the best place to start swallowing it would be. After a bit of thinking, Gore began to work on downing his chosen dinner, gradually stretching his jaws up and over the larger monster's body, every swallow taking up to a minute to perform and only covering an inch or less of its body at a time.

Thankfully, the monster slept soundly throughout the process, and Gore's jaws finally finished their task a good hour or so after he had started. Gore fidgeted somewhat atop his comically swollen belly, peering down at the still sleeping dragon confined within and very pleased with himself for what he had accomplished. Swallowing such a meal was certainly no easy task. Gore belched loudly as his stomach began to grumble loudly, preparing to digest its immense occupant. If this meal didn't provide the nourishment and energy to begin his transformation into his adult form, Gore though, then nothing would.