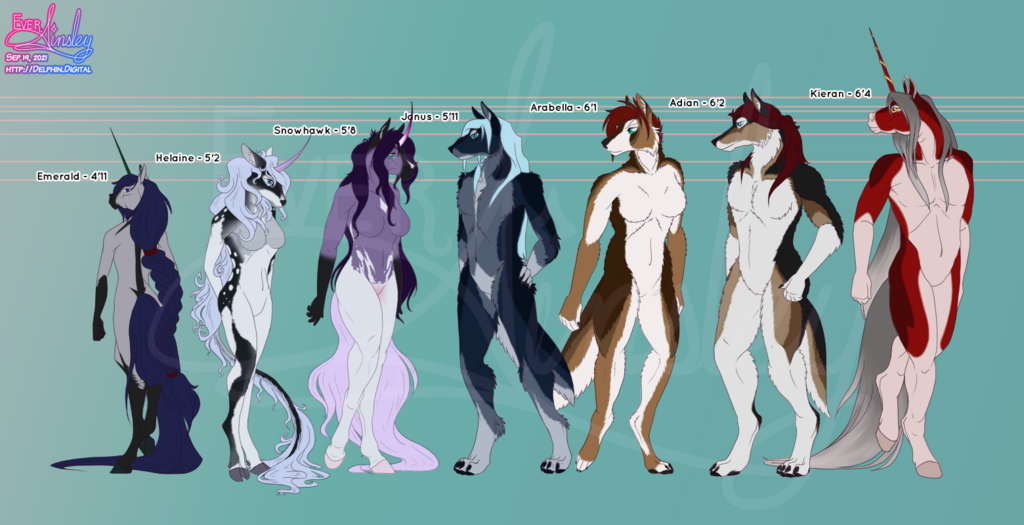 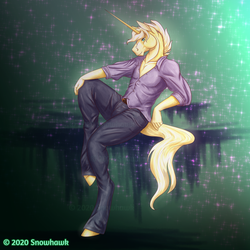 This took... a long time. But, it's complete! For now. There will be more characters added later.

Heights of the main cast, and compared to each other. I'll also post each character individually with a short intro, but, for now, all together. If you've seen their heights other places, these are shorter. Originally, all the characters were taller as anthros, and between 4-8 inches shorter as humans, but as there are no longer canon human forms, I just... made them shorter in general.