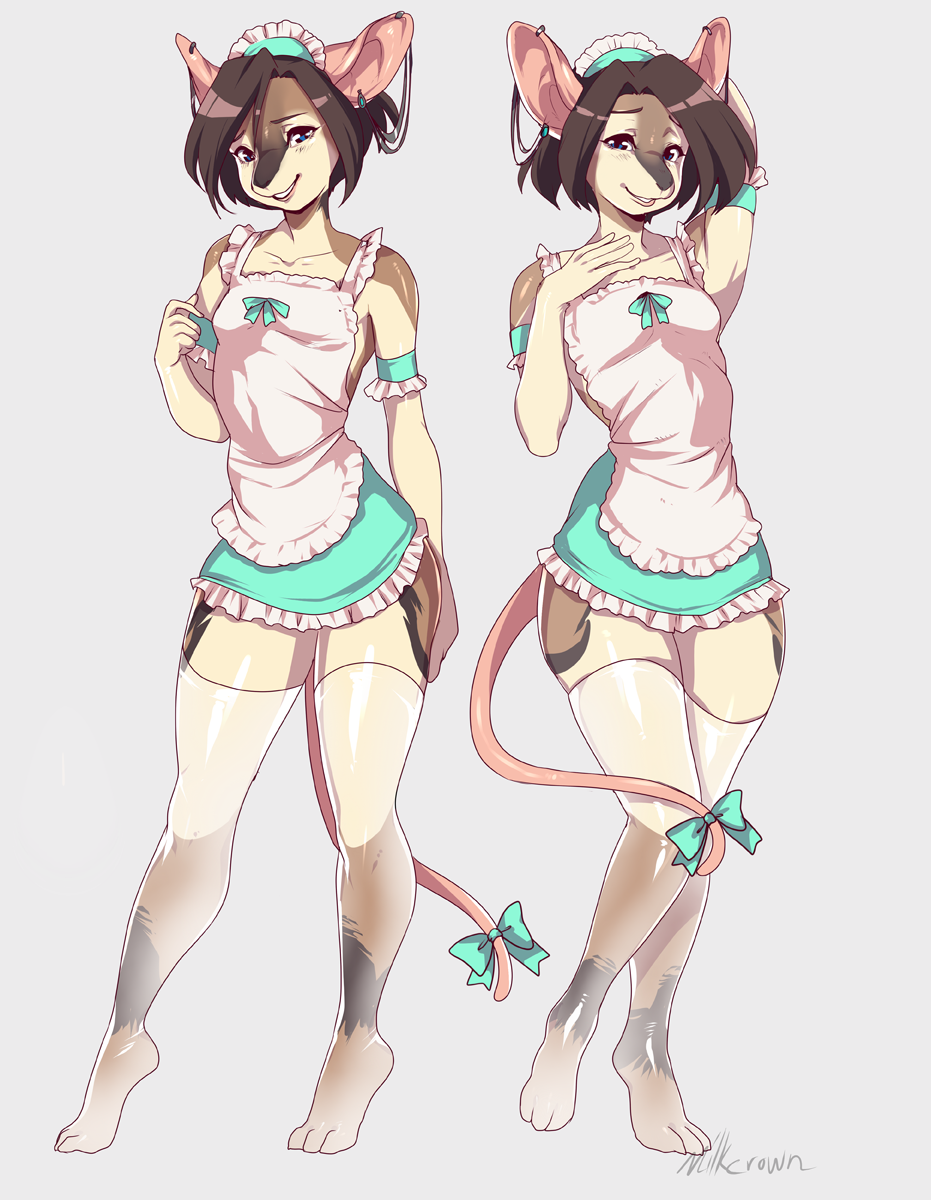 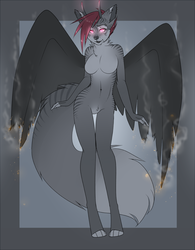 "...Fire burn and caldron bubble.
Fillet of a fenny snake,
In the caldron boil and bake;
Eye of newt and toe of frog,
Wool of bat and tongue of dog,
Adder's fork and blind-worm's sting,
Lizard's leg and howlet's wing,
For a charm of powerful trouble,
Like a hell-broth boil and bubble.

Double, double toil and trouble;
Fire burn and caldron bubble.
Cool it with a baboon's blood,
Then the charm is firm and good."

I have a feeling that these two are going to give some of my other imps a run for their money, but that is a tail for another day...

May Toraburo (on the right)

May is the oldest by 10 minutes and is very protective of her brother despite his ability to fend for himself. Her protectiveness of Hem started from the day they were born. She works at the Sashay's Twilight pleasure house as one of the sex employees despite her great dislike of sex. Because of her dislike, she is one of the customer favorites as they like the challenge of finding ways to make her enjoy the sex. May's coloration is a few shades lighter than her brother's, and when speaking she is soft spoken.

Hem Toraburo (on the left)

Hem is 10 minutes younger than his sister May, loves dressing up as a female every chance he gets. Hem works at the Sashay's Twilight Pleasure house as part of the housekeeping staff.

Hem is a neuter, as when he became an adult, he went and had his balls removed due to him being sterile and in order to retain his girlish figure. When he had his balls removed, he had the doctor tuck his empty sac into his body as a rudimentary vagina. Ironically where his sister hates sex except when it comes to him, Hem is your typical nymphomaniac. Hem thrives on sex, to him sex is food for the body and soul and must be partaken as often as possible. He can be usually found getting used by the more prolifent clients.

His coloration is darker than his sister's and when speaking he sounds almost like May, except with a huskier voice.

May and Hem were hired to work at the Sashay's Twilight due to their impish nature. The owner discovered them when they were performing in the market, switching places without their audience knowing. It was later that their new employer learned about their mischievous nature and told them what their jobs were at the pleasure house. The two protested greatly as they felt that they were getting put into positions that didn't work to their particular strengths until the owner told them that more often than not they were going to switch places before the clients found out. When they found out what game they were playing the twins quickly agreed to the roles that their new employer wanted them in.

Even though the twins are adults, they prefer to dress up in clothing meant for the youngsters. Far more often than not they will dress and look like prepubescent teens or adults.