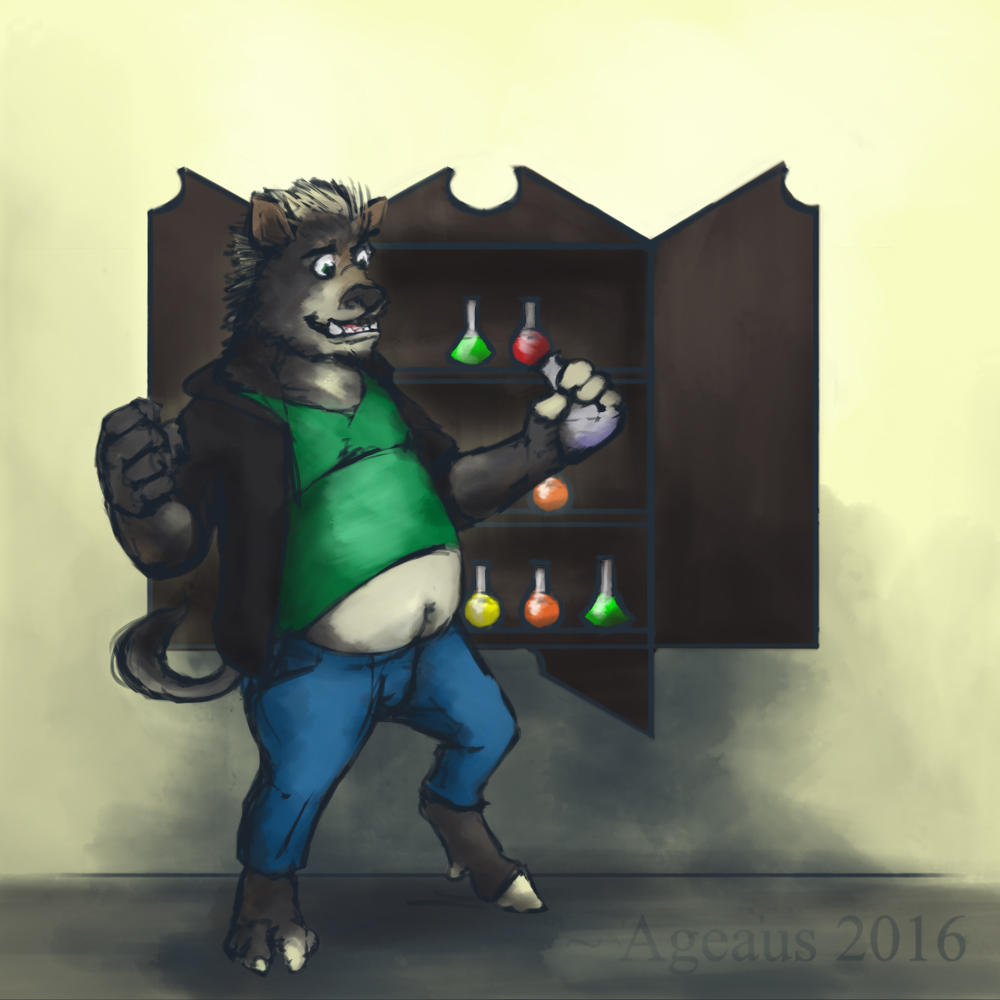 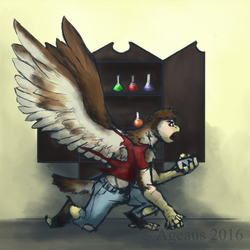 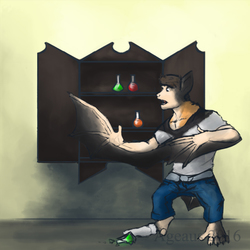 Observation Notes: Given that this subject was a wolf-creature to begin with, he was not traumatized by imbibing the potion. He non-chalantly chose the remaining bulk potion, and rapidly swelled and shifted into a porcine form. The subject seemed to enjoy the change, and after being instructed to go the holding chamber, he ignored the request. Instead asked for "seconds" and proceeded to poke his own stomach.

Addendum: In the future require subjects to certify they will not hug other subjects or handlers.

Since his character was to start as a werewolf, he opted to eliminate as many similar species to make a more pronounced change. He ended up with a furry pig!