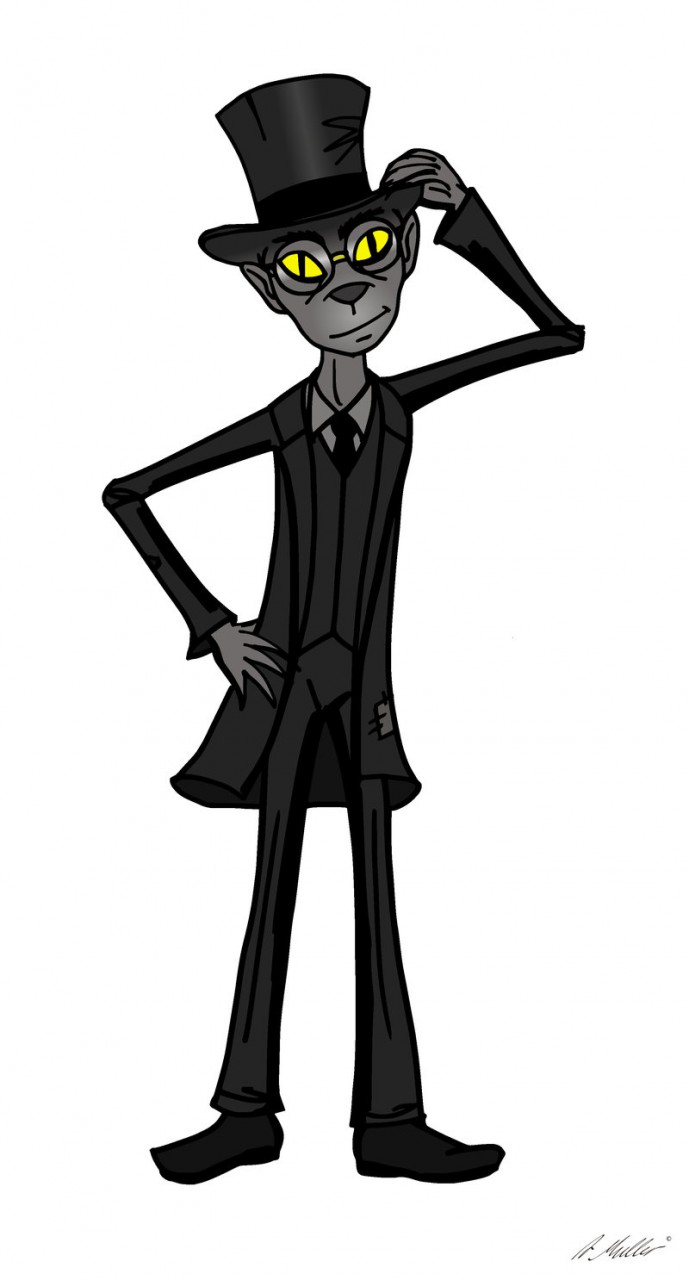 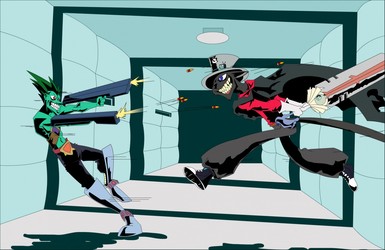 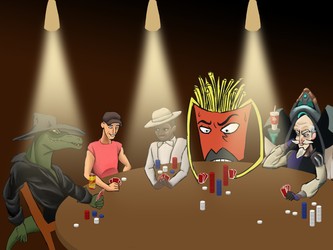 Next up is one of the three members of Ednit's thieving gang. Caligari the hidebehind, amoral genius hidebehind. This was drawn by my good friend Neroursus https://www.deviantart.com/neroursus

A genius to be reckoned with, Caligari (an alias he goes by due to being ashamed of his real name) is friend and accomplice of Ednit Mritue himself, and a morally ambiguous engineer to boot.
While his main skills lie in engineering and the creation of machines and gadgets, he has decent experience in making biological devices and substances and not just machines, magic items and stuff like that.

He and Barry Stonefist were once homeless (and bickering) teenagers on Hetelville's street, but the self taught intellectual were found by Ednit during his initial travels and he saw potential in them, bringing them into his inner circle and making him into a skilled criminal himself.

Caligari is an unethical, greedy genius who has a dim view of 'intellectual inferiors' (people who aren't as smart as he is) and has a huge ego, taking failiures worse than most people.
While often acting with Ednit Mritue, he has occasionally worked on his own side operations, usually not with too much success.

Currently, he's with the rest of the Mritue gang as they return to Hetelville, ready to help Ednit with his big plan.