Amazing Bullseye Number 15...something by A-Fox-Of-Fanfiction 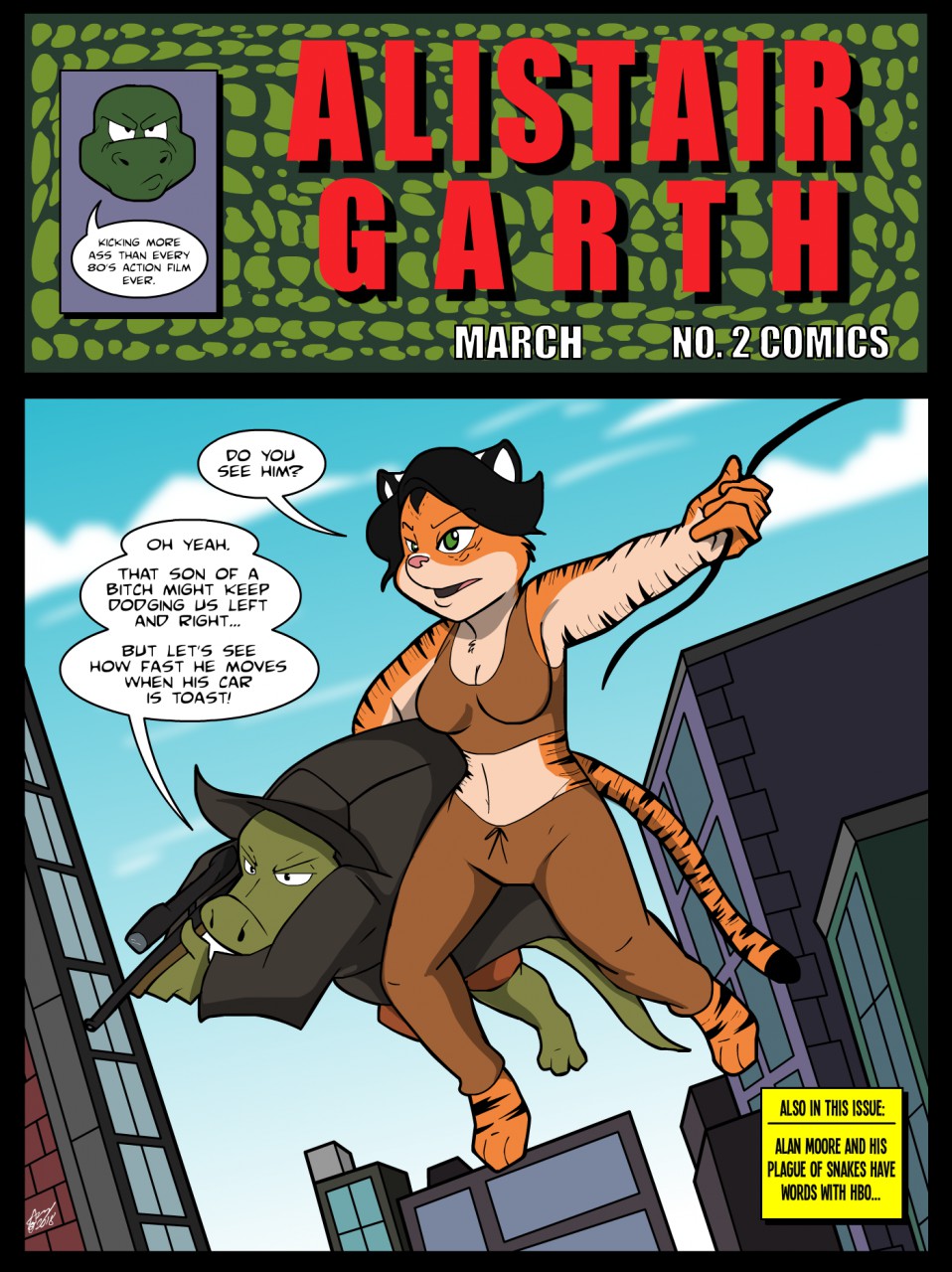 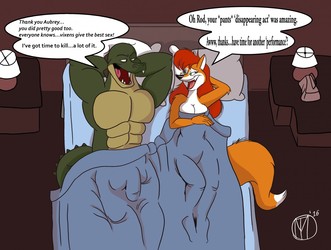 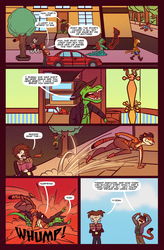 What's up true believers? Here's the last thing I wish to post today. I bought this from http://www.furaffinity.net/user/crazyassbeethoven as a loving tribute to Amazing Fantasy #15 with a twist. Starring Anala Mritue as the person swinging from a rope.
This was made before Stan Lee's unfortunate passing, as he has I would like to dedicate this posting to his memory.

When trying to catch crooks, sometimes you have to do risky things.

And by sometimes I mean on a regular basis.

But as it happens, sometimes you have to do downright insane things.

When you're dealing specifically with a goblin somehow capable of consistantly escaping you with a bizarrely anacronistic car, frustration rises very fast, especially when you fail seven times.

But this time Alistair and Anala used their wit.

Which explains his bizarre method of engine block assassination.

When that car engine died on the goblin, he had only one thought in mind.

If there was any genies around in New York that day, he'd ask them for brown pants.

Alistair Garth and Anala Mritue belong to me.

Come help support Death Valet on my Patreon https://www.patreon.com/AFoxOfFiction/ :iconPatreon: there's plenty of yet-to-be-released pages up there too for your enjoyment.
Anyone for coffee? https://ko-fi.com/W7W7B6ED :iconKo-Fi: