“Phoururrreh…” Tia let out another groan. Whiskers of sunshine from the window had crept up from her chest to highlight her face; the perturbed countenance surfacing amidst wrapped caramels therein, the oknytt laid haphazardly in the bowl on the counter as the picture of lethargy.
-Phowp- The lid of a bon-bon jar next to her dislodged as Sep popped up, peering at his twin.
“Been like that since you tuckered yourself out yesterday,” resting his chin on the brim of the glass, his left-combed hair drooping down alongside it.
Tia thrusted out a sigh, whipping up her tail to brush at the side of her cheek. “Why is mom so cruel? This place is boring.” She lamented and stuck the bushy tail tip in her mouth, nursing every speck of sweetness by suckling the end slick and narrow.
Sep peered out into the candy shop, seeing the rows of shelves taller than a ladder segmenting the space into aisles sporting shelves lined with exotic sweets, stocked in an ocean of see-through crates stuffed in a mélange of vibrant candies and confections. He peered back to his twin, who was curling her tail around a caramel. “Been a few days so far, could'a been worse?” He wondered.
“Aaaamggsmpgshp,” Tia stuffed the candy – half the size of her head – through her lips, smacking around it for her saliva to soak into it, breaking down and blending into the layers of sucrose, before swallowing it down.
Sep sighed.
“Could'a stayed in the empty bakery, or would ya've gotten too sappy?”
Tia's eyelids narrowed as she stared into the ceiling, smacking her lips around the candy and working through the wrapper of her next treat.
Sep’s eyes darted to and fro, contemplating the store. It was a fine building, housing tunnels and nooks in walls and floor. Though, he wasn't used to be the vocal majority between the two, and being forced to move was rarely comfortable.
-Thtwnwpwrp- The rush of air from Sep diving back into the jar caught Tia's attention, and with a glance she noticed someone at the door, hastily wading into the embrace of the caramels. While the shop was… open, there were few localities more desolate than a candy shop on a weekday's morning.
Two boys sauntered into the store, secluded beneath broad black hoods sporting wide pockets. They the boys gave each other a glance, then split up, one heading down the aisle, the other to the counter. He stuck his fingers into the bowl, rummaging idly whilst springing through the store.
His accomplice gestured for the coast being clear.
The boy smiled, clutching three caramels, but as he shifted his hand, with a slick flick of his wrist, the caramels were stuffed into the hood, putting back the lone caramel without batting an eye. The boy shuffled back to join his twin in the aisle, showcasing less tact now they were certain of their secrecy, stuffing their pockets handfuls of strawberry liquorice, chocolate coins, toffee and jelly hearts.
Tia poked her head up, a wrapper clinging to the to her taut hair bun…
“I have never seen such scoundrels.” Tia declared, suckling traces of candy dust from her tail puff.
Sep peeked back from the jar, peering between the twin thieves and Tia. “Hmmm.”
“We are diff, we live here, we make ourselves useful in return for lodging and food.”
“Have we done so far?”
“Taken care of a couple scoundrels,” Tia said, twirling the tip of her tail puff.

“T-thaamfms -Bghauap- phaa, was t-the best, thing I've. I-I've eaten bro…” I mumble, tongue hanging down my chin. “Th-thank you bro. W-would have been too big to smuggle out, its fine right, bro?” silence.
“B-… bro?” I enquire.
-Gbrhhgglgss- a jostle in my lap sends a burbling gurgle through my chest, gullet forming around a blooming bulge that rippled up through my throat.
-Bhruruaaaahrpirrooolrps- -Sllfpthtbsthsa- The belch carried with it a hoodie, soaked in syrupy drool and landing with a -Slpgbbrwtwwsps- clay-rich smatter on the ground, caramels, nougat, and foam bananas sprawling out of its pockets.
“B-bro…?” I question, then palms resting on my guts. -Bgrmwnpgs- A dune of flab burst up, sinking back and forth before trailing back into the confines of the gut, another bloat warping the skin of my exposed gut around a vague countenance…
“Brooo?” I call out, and flailing my arms to, knocking my head back into the aisle and hearing the stacks of candy shake and scramble. I stumble standing, cradling my gut and flicking my head every which way. “Th-aht's can't, but, where I… the bear.”
-Gmmwmgmwg- A gruelling gurgle erupted in my gut. “HG-shwbte mwhah ouths.”
“Aaaaaa…” I froze, then smacked myself in the face, wrapping the hoodie around my gut as best I might, though it barely concealed the bulk of fair grey skin tossing and revolving within.
“I-aill f-fix thi I'm s-som sossry bro I am sorry w-we gootttta, gotta,” I mumble, teetering along the ground with the jostle and thrashing gut lobbing behind in my dash, tottering out of the door with a hail of candy sprinkling from my pockets in our wake. Out of the store, down the street, ignore the eyes trailing behind me, I can't think of that now, I have to get away from here… But still… this time, the flavour lingered, a succulent spectre of my actions, and it was here to stay.

“Phffaa, wow,” Tia said perched on the counter watching the twins stumble out of the door. She had a parchment in her lap, licking the tip of her tail for a fine point now and then and scribbling down jottings. “I was going to leave it with the desire, but you really went all out, Sep.” She said.
Sep walked up by her side, stuffing a bonbon down their shrinking cauldron. “Results speak for themselves.” The oknytt said, brow twitching, “’fraid it was too much?”
“I think you are fine, hey by the looks of things, I think they learned a lesson.”
Sep nodded, and peered around the trashed candy shop. “Want to find another place, still?”
“Yeah, I do,” Tia admitted, wrapping up the scroll and dusting off her patchwork pants, “candy is neat and all, but I'm sure too much can lead to consequences.”
Sep smiled. “After clean up?”
“Of course after cleaning up,” Tia snickered and leapt off the counter to scavenge the scattered candy, “what kind of tenants would we be otherwise?” 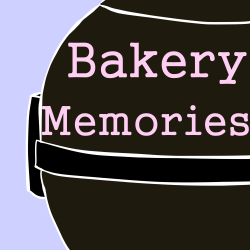 After the bakery Sep & Tia made their accomodation shuts down, the two Oknytt heads off to find a new venue. So far the candy store Suttcloac seems decent, but there are some some issues that pop up.

A story written during twin one, that didn't fit in due to the expanded sale slots offered, in our hearts it will always be twinmonth.

Proofreader for this story was The Vermanator, many thanks to them.

The icon was drawn by Dendollae, many thanks to them.

Support on Patreon. Gain SepTia Silver in rewards over time, to purchase commissions with.
With your support, stories can keep coming, and behind the scenes look into the writing process.

(Character Quote: "Our candyshop that we're squatting in isn't getting pilfered on My watch." -Tia )

Lounging in the candy shop without a care, and with so much boredome. Burglar Visit, I smell scoundrels.

After 2nd: Epilogue, Twin Clean up. )

Cent: Short term for centimetre.
Deci: Short term for decimetre.
Chronicle: A series of stories connected but not sequential. Ongoing stories without regular updates. Rapacitor: A predator who eats for the sake of greed and gluttony.)

A sleek, pleasing, .docx version of this story can be downloaded by clicking this text.

“Phoururrreh…” Tia let out another groan. Whiskers of sunshine from the window had crept up from her chest to highlight her face; the perturbed countenance surfacing amidst wrapped caramels therein, the oknytt laid haphazardly in the bowl on the counter as the picture of lethargy.
-Phowp- The lid of a bon-bon jar next to her dislodged as Sep popped up, peering at his twin.

Continued in the story above.]