-Ghrbglpthghs- -Chrvrrrlgltths- Lenora peeked up from her book, then lifted it off her midriff. The engorged bloat laid, tamed, rendered diminished to a doughy bean bag lazying on her thighs. She puts down the tome on Phono-mental studies and cradles the guts in her arms.
-Gbrglgps- -Clpghts- Ripples surfaced as pinches and disturbances across here and there as the guts chugged along the gluey butter brewing within, -Chhgflpfthhtsgs- feeling the rich globules feed through the fourth stomach at a snail's pace. “There we are, that wasn't so tough, was it?” -Bbrfflftrggrbrlflpfrhrhths- The plume of smog bolstered free through the bovine's plump pachyderm posterior, Lenora felt her hand -Fplfsths- sinking into the deflating stomach as it -Ffrbrpts- unloaded an enduring, meaty fart, fumigating her surroundings with an air of vinegar boiled caviar stewed in staled gym socks, a beefy conjunction of brine and fermentation painting than aura of stench around the bovine.
Lenora barely stifled a chuckle as she massaged into her sagging core, sloughed as a teardrop of fertilizer between her hips.
“Just a cozy little trip through my mud factory, that's worth the effort, ain't it dung pie?” she said with a smile, sitting back and stewing in the relaxing funk lingering as a pale yellow smog in the air.
“Miss chomped.”
Lenora shook her head and blinked, looking down to hone her eyes to the front oft the classroom.
“You are aware, that you're excused from Phenomenal studies if you so badly have to use the bathroom.”
Lenora scooched her chair in to conceal her gut under the desk, her left hand idly swirling through her curls. “Appreciated, though, I've still got a while left with this room-… morsel~.” 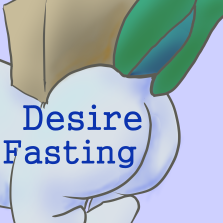 Whilst working through a meal of Aspic with her roommate, Lenora ends up with a richer and more filling meal than anticipated. Though, does her roommate have anything to say to her?

This story was a Donation commission for Dendollae, who also did the proofreading, with their character Lenora.

Support on Patreon. Gain SepTia Silver in rewards over time, to purchase commissions with.
With your support, stories can keep coming, and behind the scenes look into the writing process.

Cent: Short term for centimetre.
Deci: Short term for decimetre.
Chronicle: A series of stories connected but not sequential. Ongoing stories without regular updates. Rapacitor: A predator who eats for the sake of greed and gluttony.)

A sleek, pleasing, .docx version of this story can be downloaded by clicking this text.

“Aah, there there, lil' fellah,” Lenora soothed with her hand cupping droves of chub along her gut, groping and -Chflpfhthst- smushing it inward with her fingers dancing inland dipping in the -Cnfnfph- abdominal adipose.
“You know I didn't intend ta scarf you down, I'm sorry. W Well, sorry for munching you out of the blue, I was wondering why the aspic suddenly tasted outta this world~.”

Continued in the story above.]