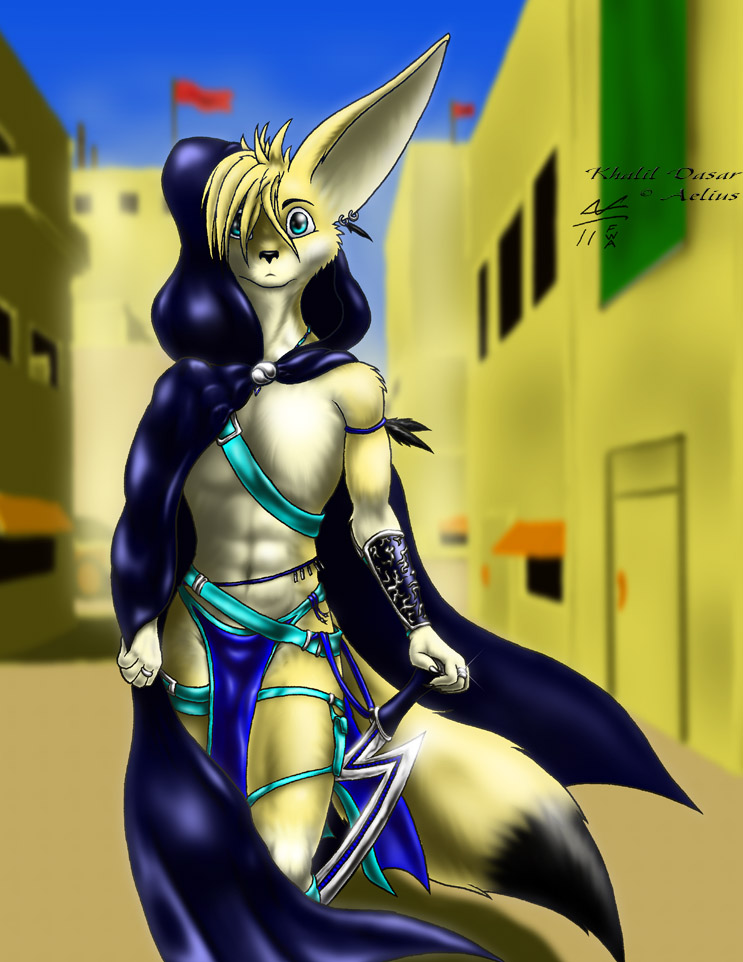 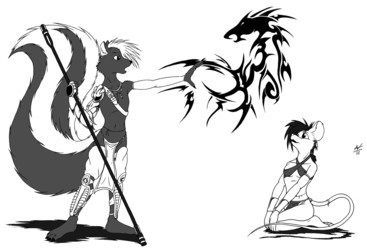 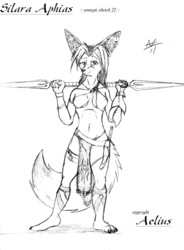 Auran Sages are mystical peacekeepers, charged with the task of protecting the innocent from supernatural threats, which includes criminals who may have abused their own Auran talents. Khalil Dasar is a young Sage who has undergone immense trials in his training to become someone so much more than a nobody from a tiny desert town in the middle of nowhere. Plagued at first with self-esteem issues, his trainer, a legendary Sage named Sarabi, took him in and helped him develop the confidence and assertiveness needed to protect others. After years of being her acolyte, he has the determination and strength to be an unstoppable force.

It's for that reason that the viewer here might want to think twice about running or resisting. The Sage has already discovered a fugitive, and judging by Khalil's stance, glare, and hand firmly on his weapon, this fennec is ready for anything.

Dare you to make the first move...

This piece was first featured in Anthrocon 2011's Art Show and came out with an impressive sale after a bidding war. Thanks, all!