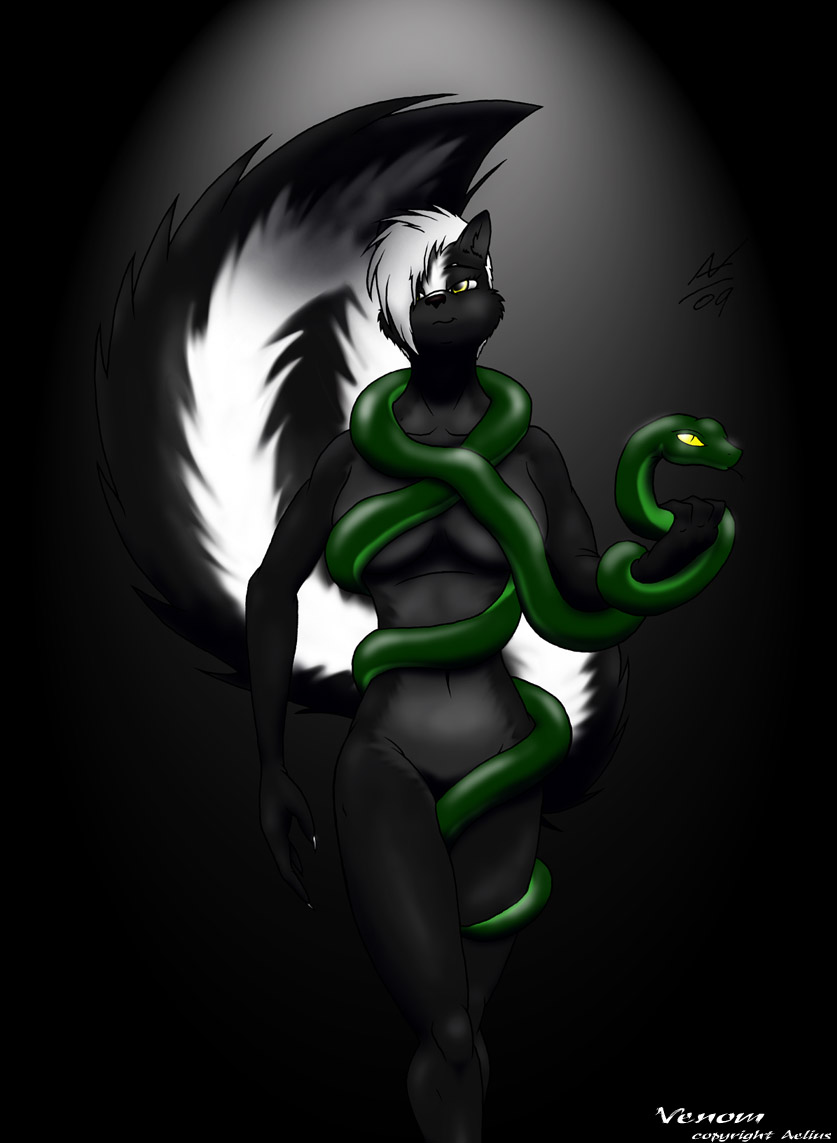 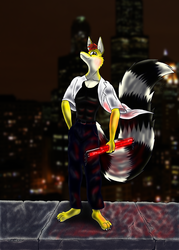 Moving back to the present period, here's one of the main antagonists of the R-Force tale, drawn back in '09.

A deadly assassin like no other on Raikonia, Venom's battlefield is not in the shadows or on a sniper perch, but the bedroom. She is a master seductress; a skill made even more deadly with her Auran power. Many who have fallen for her charms wake up in the middle of the night to find half their torsos being dissolved while the toxins that were pumped into their bodies earlier had effectively paralyzed them, all while she watches in cruel satisfaction. Venom's powers emerged earlier than most Aurans and she immediately put them to use in order to rise among the ranks of assassins on the planet. Through an inborn knowledge of chemistry, she can produce a variety of toxins (as well as pheromones) from any pore on her body. In addition, her fangs and claws can secrete a harsh, corrosive acid that can dissolve virtually anything it comes in contact with. She has used these powers not only to lead her victims into a false sense of security, but to gain valuable information for her clients before finishing them off in a most gruesome fashion.

And now, she's been hired to seek out and destroy the R-Force.