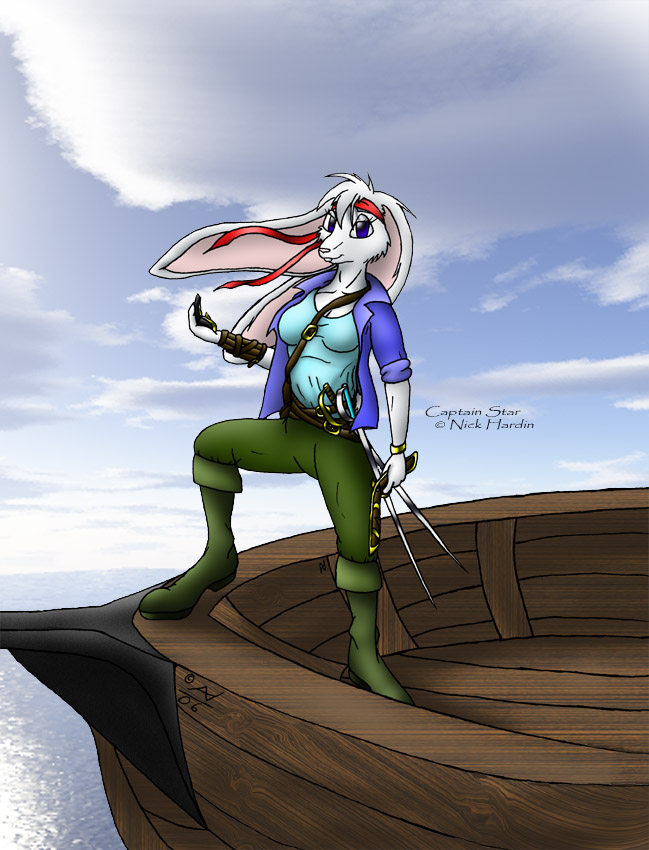 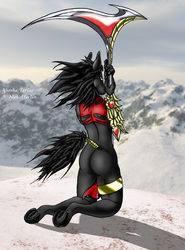 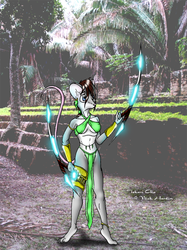 This is Captain Star, also known as the "Siren of the High Seas."

Her concept originally came about as me wanting to draw a picture of my bunny girl, Melon, dressed as a pirate. Before long, however, the character began to rapidly develop and became her own character (much to my delight) and ended up earning her own place in my Auran storyline, during the same time period as my Ancient Sages like Akosha Terias and Mai Tao Ka. The result was a feisty bunny pirate named Star who became captain of her own ship after helping her late husband in a mutiny against a corrupt admiral. Though she lost her husband in the final fight, she was given the admiral's ship and privateer captain status by the King. The original crew that followed her in the mutiny gladly volunteered to be her new crew and now sail with her through the oceans of ancient Raikonia.

Star has amazing charisma (her crew absolutely loves her and would do anything for their beloved captain), decent swordsmanship, and a truly wonderful singing voice (some remember hearing her at dusk, singing into the winds). She's also an experienced cartographer.

In reference to her appearance and origin, she is the ancestry of my bunny girl Melon. Also, in keeping with the tradition of naming her family members after fruit, Star's name comes from the "starfruit."

Terragen was called upon once again for the wonderful background, and for the wood grain effect I used a nifty little tutorial that I found at [link]