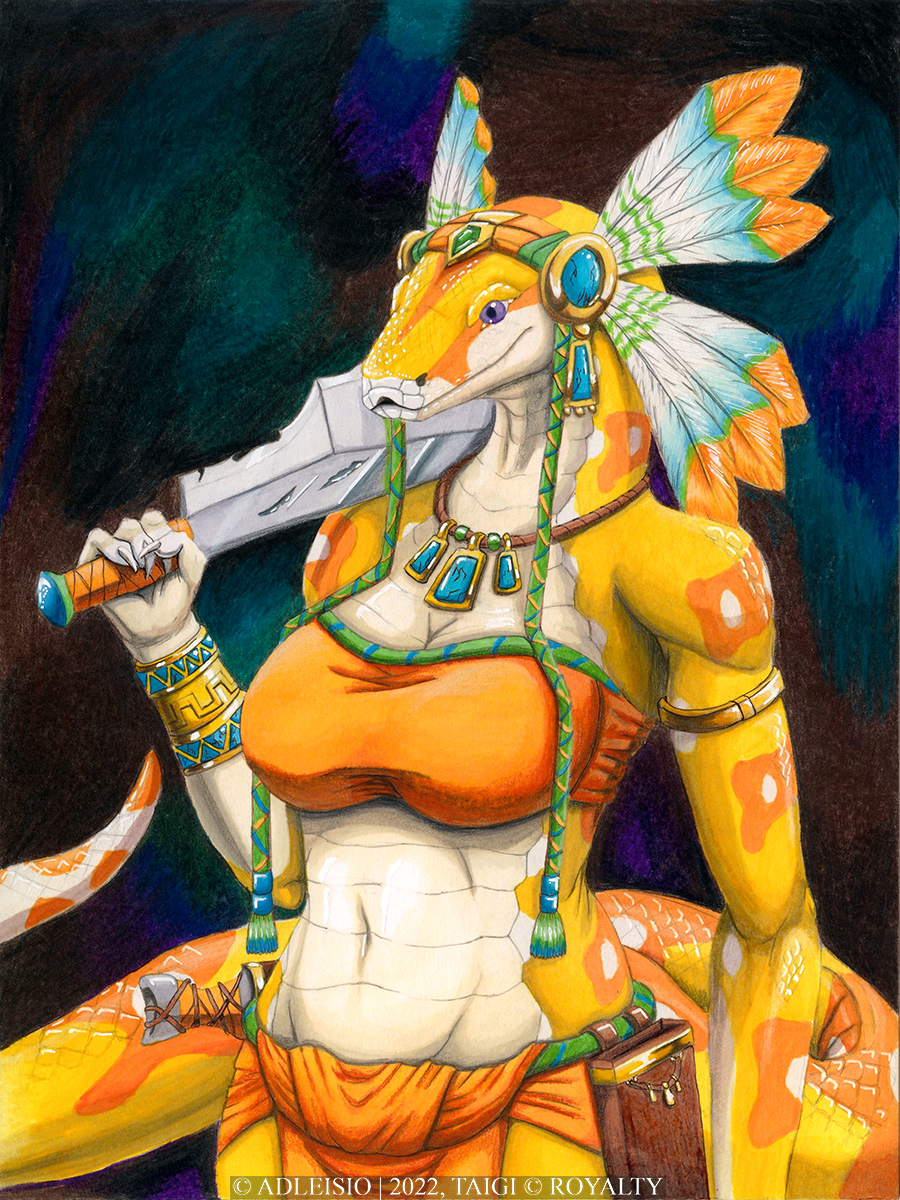 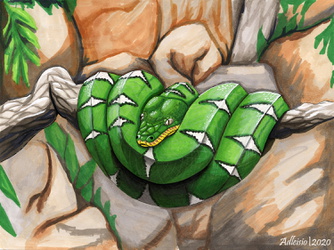 Originally a piece I planned to do way way way back in September for Snektember, but between work and everything else that hit the fan, it kind of just didn't happen in the amount of time I had wanted.

This was done as a gift/fan art piece of Royalty's Albino Red Tailed Boa, Taigi. always a beautiful character. I decided to take some liberties with the attire as I wanted to not only make them a bit more detailed but also bring them inline with a more fantastical reality for the Aztec inspired clothing and jewelry. Took a lot of inspiration from the move "El Dorado" to get the top and loin cloth looking a bit more functional, but also giving Taigi some more high end jewelry while still trying to maintain the character's identifiable characteristics.

I hope you all enjoy