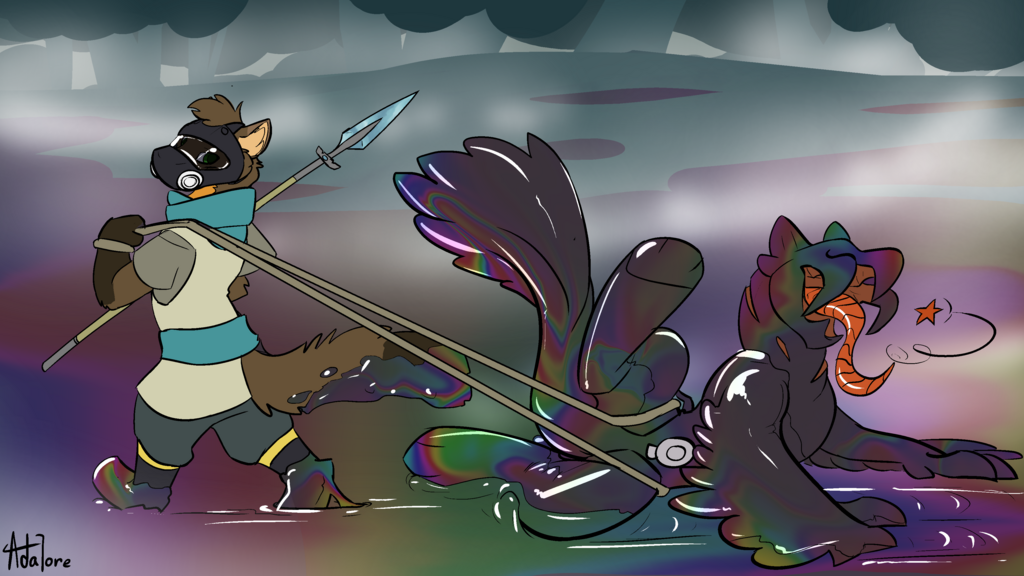 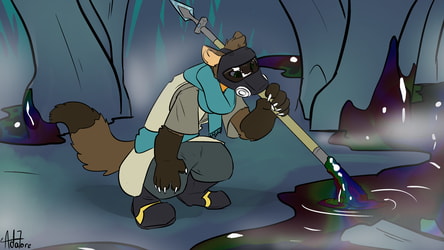 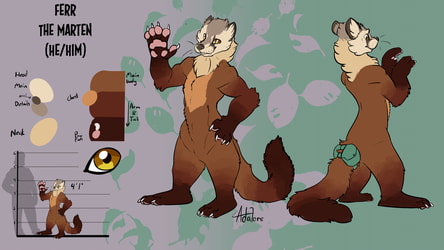 It indeed took all day to find what he was after, after some aggressive negociating he subdued the beast with wardstone spear in hand. To bring back his quarry he slapped a nozzle on the tar beasts body and drug it home.

Later Chaujen would express his appreciation, even though he still feels the places where he got stabbed, he had gone wild and was missing for at least 2 weeks at that point.

Also something something new ele'in snowbeast cousin beast associated with tar. They get to be pre-historic critter associated. I haven't fully decided but I like the idea that they all have the massive sabertooth mandables. Otherwise Chaujen here is themed after a dinosaur which is probably the common variety.

Additionally if you want to support my art in general, my patreon is at https://www.patreon.com/Adalore where I run non-commission based projects and justify their continued operation.