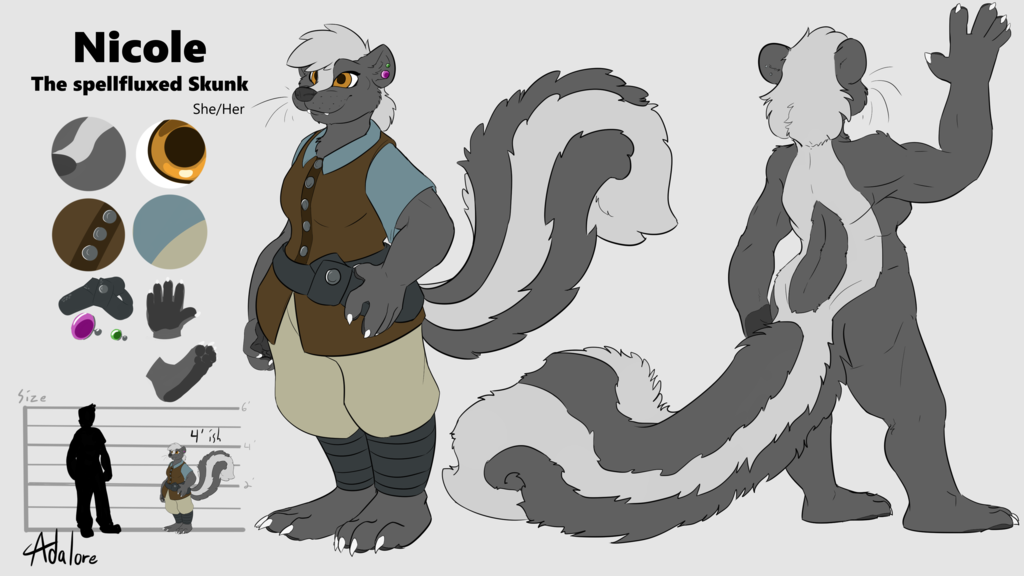 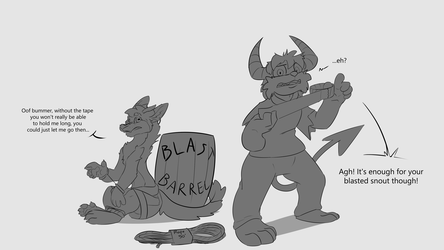 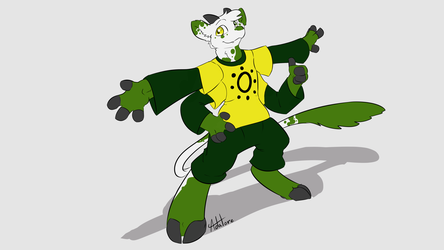 Nicole is one of my better developed characters at this point, and I am getting better and better at drawing her.

Nicole was a human at one point, she ended up a spellfluxed after being used as a hostage and being "Ejected" from the pocket that that the ransomers were using as an example. She was there because she was a research assistant/intern on a field expitition.

After becoming a spellfluxed, instead of dying as their emotions burst out of their psyche, she sought to make sure that her comrades at least escaped. Now that she could somewhat safely travel around the manatear she engineered the position of the ransomers being outed.

With their position known the hostages were saved with what probably could be described as excessive force, with alas one known casualty of the ransomers, Nicole...

Presumed dead after being sent into the wastes, she starts her life again. Downside, full alienation from previous life and in a strange land, brightside she doesn't have to pay student loans out here...

Nicole is intended to fall in that over educated millienial achetype, she is exceptionally knowledgable and progressive, and like a millienial has never been in a position to properly leverage it...until maybe now.

Setting derp wise, their species/shape that they assumed in the manatear as their base form is known as a "Mephite".