Nicole - Hanged to dry by Adalore 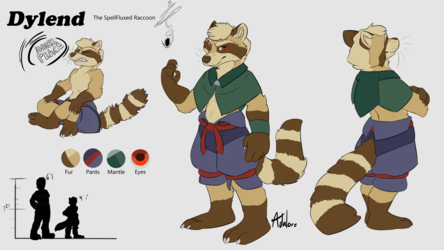 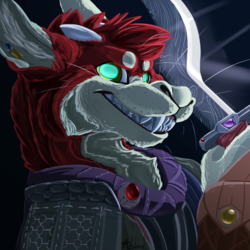 Nicole is not having a pleasant day. She walks into town new to this Spellfluxed thing and the local constable straight up detain her thinking she is some sort of dangerous creature.

...
One Dookening later, and very an embarrassed town guard paying for her room, she learns more of the reputation that Mephits or Skunks are known for.

Mephits are well known for their ability of suggestion on others. This effect could be so benign as general charisma or extremes of complete domination. Complete domination is used by masterminds, wannabe or otherwise, to make people into agents to perform specific instructions with no chance of resistance. Domination also has the side effect of turning the subject into a "Lesser Mephit" which visibly is just a Mephit. This dynamic effectively means it's 100% reasonable to detain stranger skunks until the domination wears off and they revert.

This just gets professionally awkward when the local constable detains and "Dries out" an actual Mephit who is just a couple weeks into being a Spellfluxed. It just happened to be the initial shape placed on them.