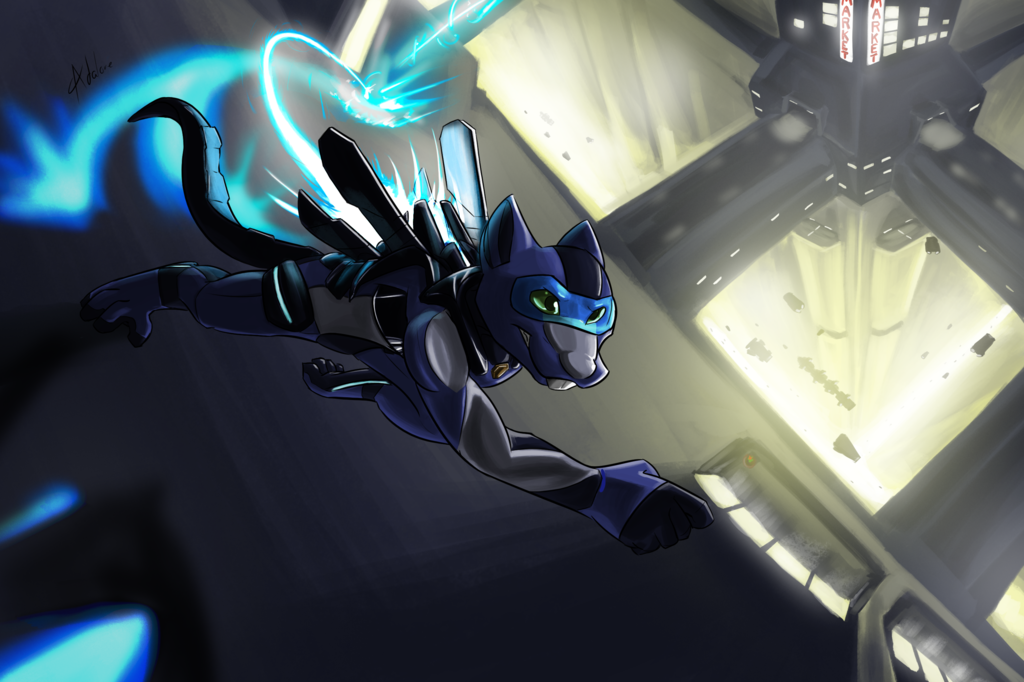 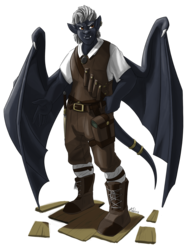 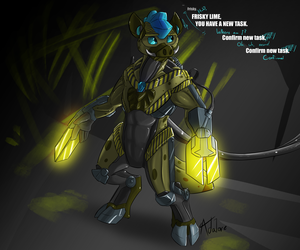 Commission for Dakinu on FA.

The city churned below in a sea of radiant lights which easily drowned out the trails from Dakinu's jet. Leaping from city block to city block far above any vehicles, or even surveillance, he lands with a subtle thud on the tower plating before tearing off horizontally across the tower block.

This job was nothing that Dakinu would have ever imagined, besides that courier bit, everything adjacent to it made it utterly alien. One of the better gambles for better work to pay those insistent debts. Those should be paid off soon enough but he could have sworn he was cleared of it.

Template : Courier - Jet Rapid VID runner.
This lightweight template is intended to carry sensitive data that cannot be transmitted safely but still must reach its destination as quickly as possible. This role is given to employees because of basic living cunning gives a huge advantage over UAV couriers to evade asset loss.

Administrator notes :
Employee - Dakinu is in a non-standard situation. Due to the importance of VID couriers on this high competition space Dakinu has minor thought modification to avoid the topic of career exit. This will remain in place until more VID couriers are employed. Dakinu's account vastly exceeds stated revenue goals at hiring due to length of employment.