Hunter Of The Deep by Achiha-Azteca (critique requested) 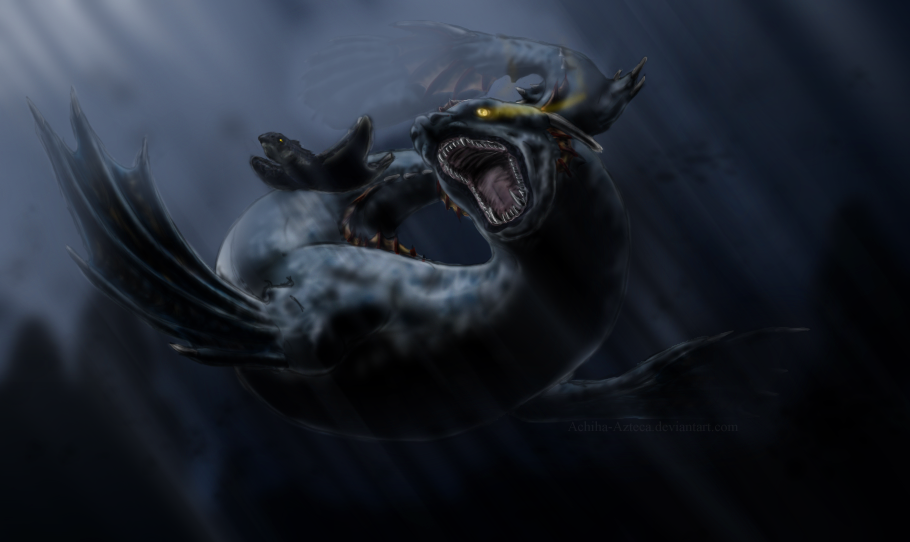 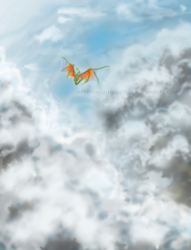 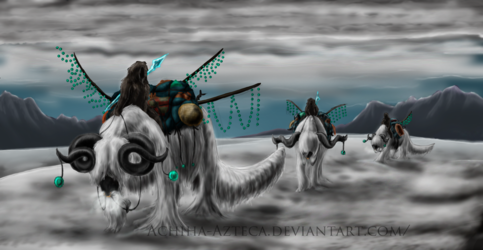 Hunter Of The Deep (critique requested)

My entry for a contest on DeviantArt. The Challenge was to create a dragon that would be able to live in Arctic and Antarctic temperatures.

Introducing my view on an Arctic Sea Dragon. Largely based off of a leopard sea. I drew inspiration from those beautiful predators and some ice dwelling fish to create my monster. I tried to still keep to the theme of dragon, creating fins that resembled wings long since evolved to adapt to the life of an aquatic animal, but at the same time I wanted to keep the mammalian influence fairly strong (he also still has short seal fur to add an extra layer of protection against the cold). The back fins are devolved(?) legs, they were actually the front legs when it was a land based animal, over time they moved as the body stretched and the wings to precedence to change into fins. The tail fin is of course its back legs changed to propel it through the water. The fins although dull in color now, can become extremely vibrant, and bioluminescent, by increasing blood flow to them. This is used in attracting a mate, intimidating rivals, and over all communicating with others of their own kind. Like the leopard seal these creatures are generally solitary, only coming together to mate. They can be extremely territorial, and they are huge. The little creature they are chasing is around the size of a 30 ft boat, so these guys are massive. But despite their size they are extremely fast and agile.

Their prey mainly consists of whales, other seals, fish, a rare type of ice crab, krill, squid, the little sea creature seen here, and basically any other animal they can catch. That little guy, currently about to be eaten, was inspire by a mix of turtle, bird, and sting ray.

Should probably sit and write more information on these guys, but I don't really feel like it right now.
If you want to see a flat color of this animal to better see the markings let me know!

Art and creatures (C) me