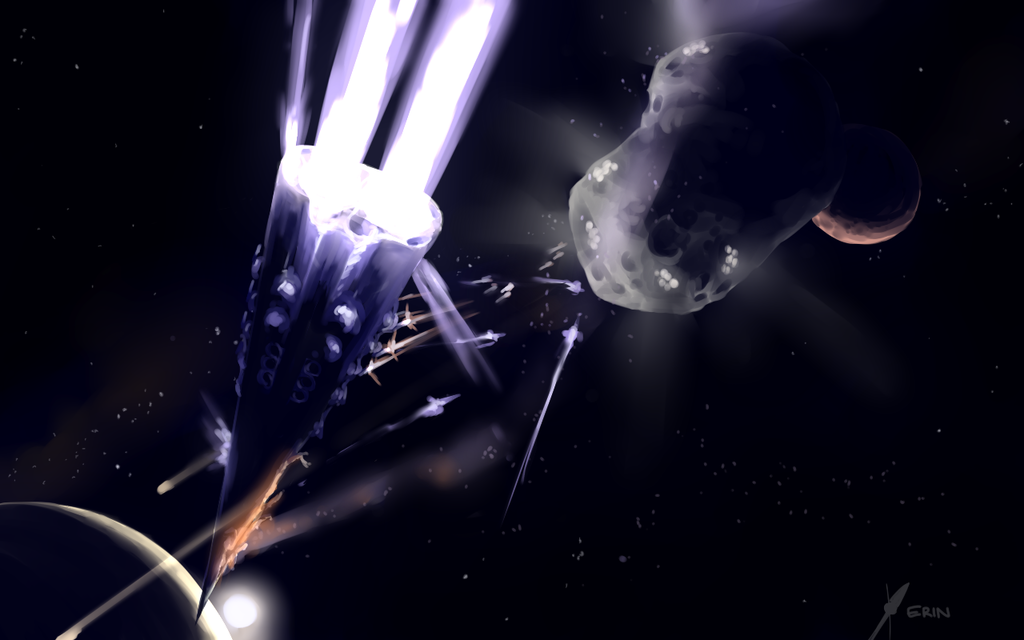 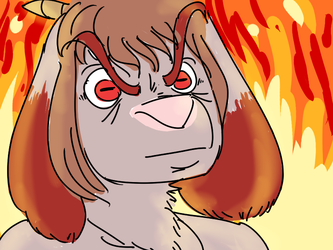 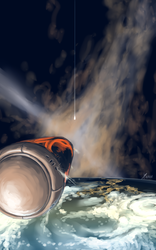 this is a scene from one of my favorite novels, The Prefect, by my favorite sci-fi author, Alastair Reynolds. i tried more lighting effects, specifically blended paintbrush with blur brush in certain places using SAI's layer luminosity mode. tell me what you think

The ship swerved again, and then once more, harder this time. Two more slugs rammed into it. Then the corvette began to give back something of what it had taken.

Many of its weapons had been damaged by the slug impacts, or could not be brought to bear without presenting too much tempting cross section to the still-active slug launchers. But it was still able to respond with an awesome concentration of destructive force. Dreyfus felt rather than heard the subsonic drone of the Gatling guns. Another salvo of debris rained against the hull: that was the Gatling guns churning up the rock's surface even more, kicking more material into space. Four sequenced shoves as the corvette deployed and then traded momentum with its missiles, spitting them out like hard pips. The foam-phase-tipped warheads selected their own targets, punching hundred-metre-wide craters in the crust.