The instrument of freedom (WIP 3) by ACBradley 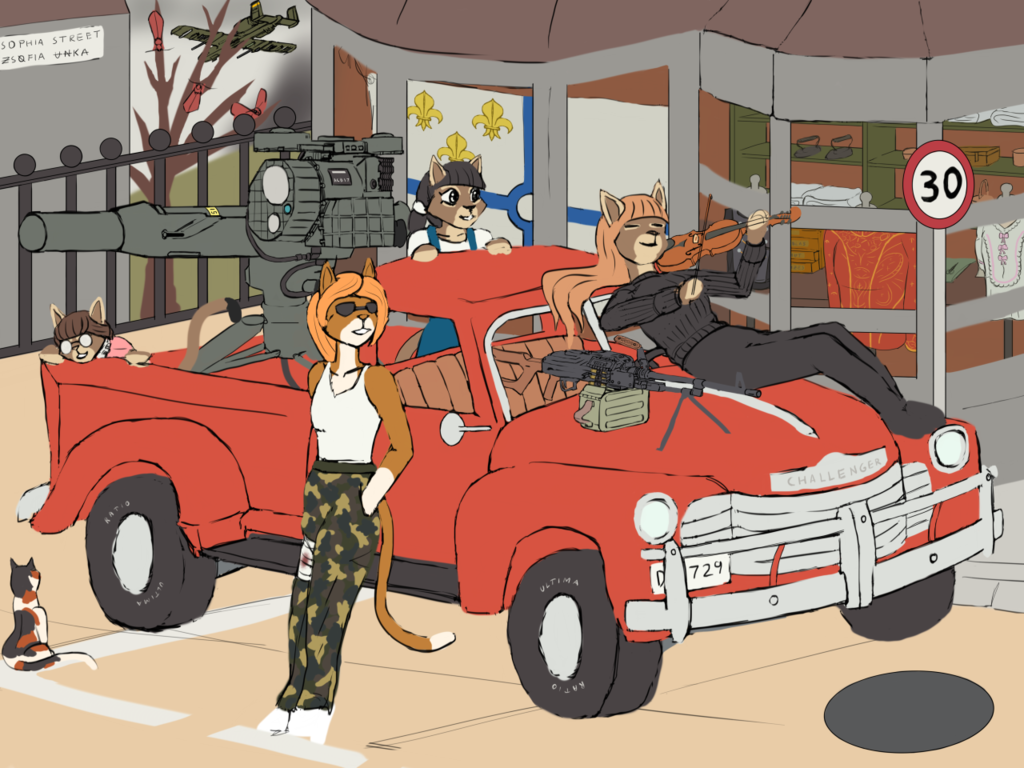 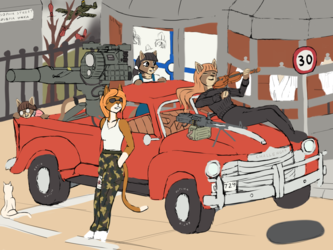 The instrument of freedom (WIP 3)

WIP of the crew of an Aludran militia technical relaxing: this is in the contested Keska Lowlands during Operation Anvil. This is for a comic idea I'm working on of this little family's experiences in that border conflict.

The girl in black is Angelika, a fifteen-year-old, and the other two in the truck are her little sisters Cecylia (13, leaning up) and Zosia (10, fascinated by cute things). The fourth girl is Angelika's girlfriend Klara, who's the same age as her.

Angelika is a gifted violinist who had a bright future ahead of her as a musician until two years before this. Her four mothers were killed when an Etrusean police Sentinel Sabre MRAP opened fire on a pro-Aludra rally in extremely dubious circumstances.

Normally Angelika would have no problem inheriting her family's estate since the age of majority in Aludra is twelve, but it was all in the name of her mother Esme, who only held Etrusean citizenship: while her legal representative did her best, there was just no way for someone to claim to be an adult as an Aludran and claim the estate of an Etrusean.

Left with no more than what they could carry away from their house before it was boarded up, Angelika took a cash-in-hand job at a construction site where the foreman didn't care she was underage as long as she worked, and she ended up raising her two sisters in a tiny apartment above a restaurant. A short time later she rescued an old Challenger pickup truck from a junkyard* and got involved in off-road racing as a way to let out her frustrations with literally every aspect of her life. Then one day, another racer named Klara told her there was a better way to make money, smuggling contraband across the border...

*Aludra has no formal driving qualifications in terms of age or certification, the seller just has joint responsibility for any accidents you get in for three years after the sale, and so they teach you. This close to the border, Etrusea is very loose in enforcing the law on dual citizens because if they aren't it gets used by Aludra as evidence that democracy is oppressive.