"In this town we make our own happy endings." (WIP 7) by ACBradley 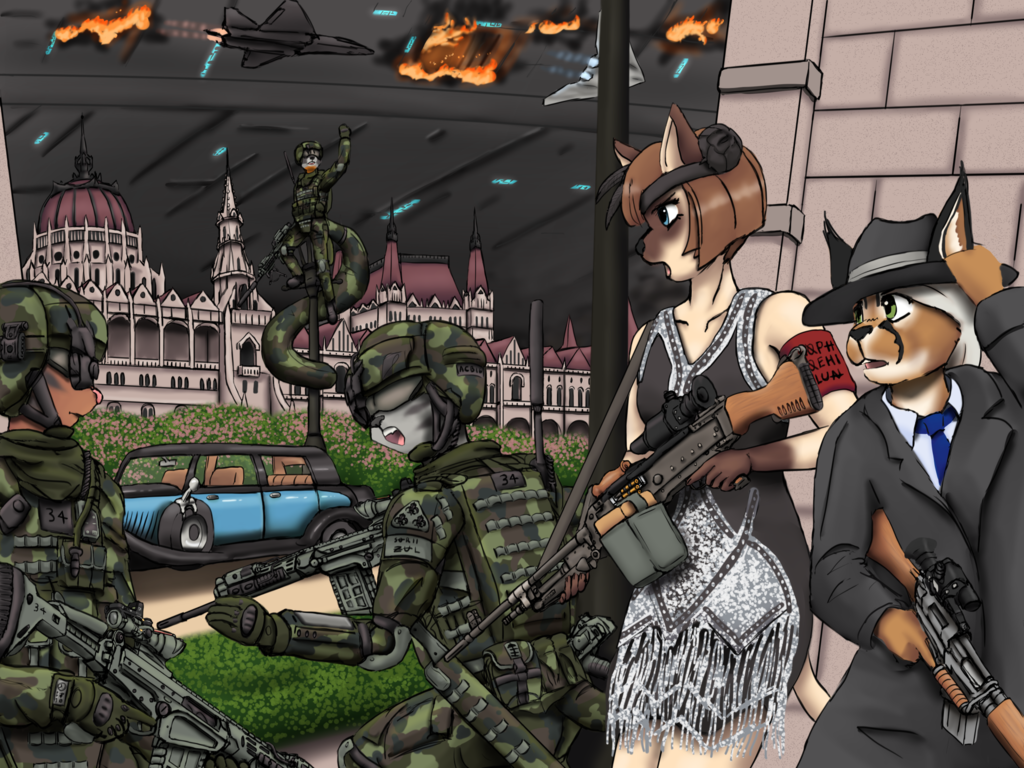 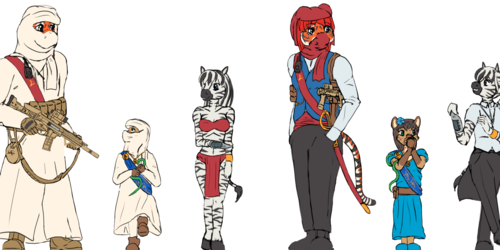 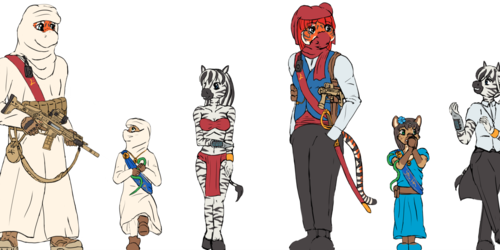 Much more near-finished version I forgot to post for some reason!

Aludran soldiers and militia during the Battle of Halleck. The one second from the right was Socialising.

Incidentally, the Aludran Future Soldier gear conceals all of the soldier's rank insignia because the previous generation of Chiran sniper rifle scopes featured image recognition that tagged targets with their rank. Their visors appear opaque because they're designed to prevent light reflecting out of the wearer's eyes: the "cat's eyes" on roads, in this world, are so named because they were originally developed in Aludra as sniper decoys.