Ice and Iron (WIP 2) by ACBradley 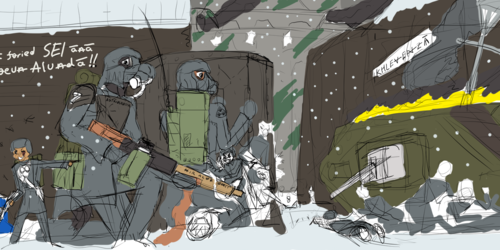 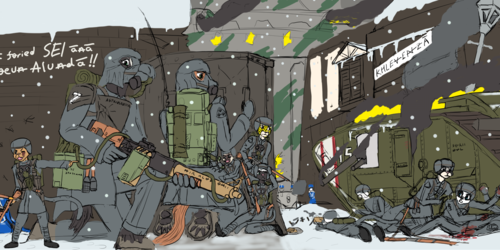 "Janek Fortress will NEVER be captured
go back home to Aludra!!"

Much improved version! Better description to follow, for now I'll just say it's what happened after this.

The vixen on the left with the Dreyse needle gun is going to have intentionally bad trigger discipline: she's a civilian partisan (hence the fleur-de-lis just painted on her jacket), the Aludrans tended to just hand them a gas mask, show them how to put it on and have them fight with whatever weapons they owned, including family heirlooms like hers. Aludran history books insist on referring to these fighters as "loyalists" because the word in Aludran is inseparable from loyalty to the Empress.