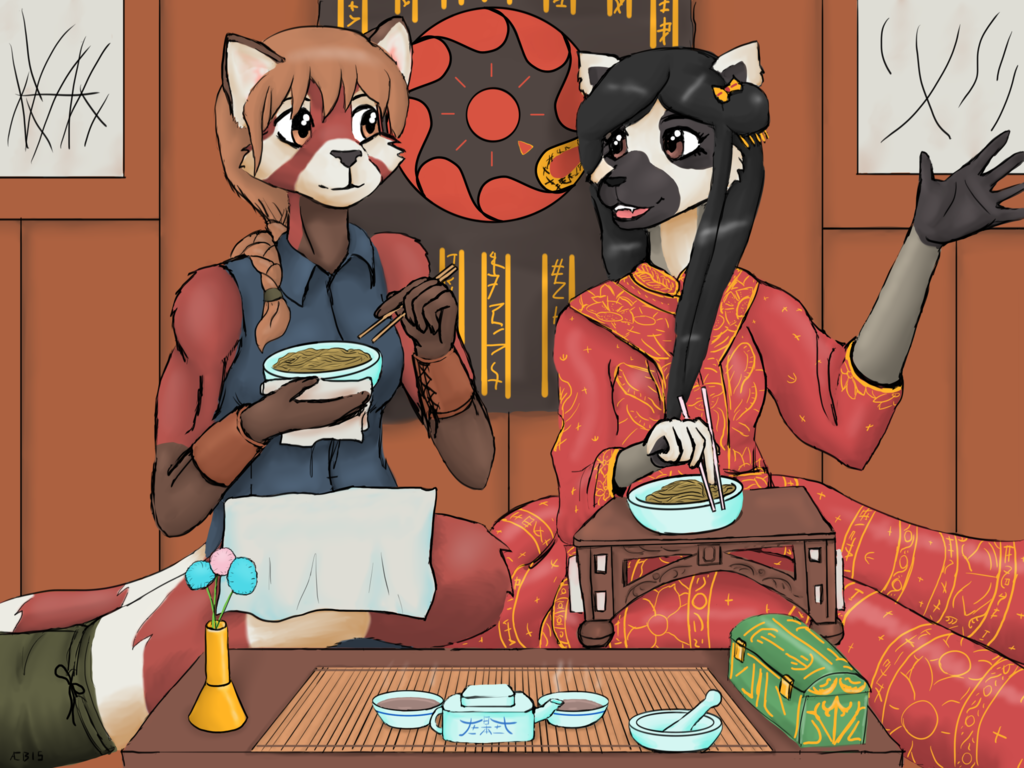 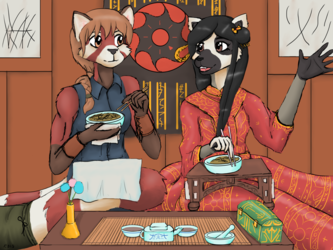 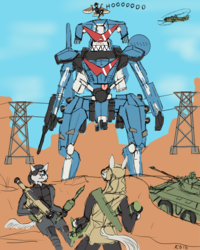 I have to admit I've seen Weiling Chen and Mei Zheng as a couple since roughly one second after coming up with who they were. So here they are, farmhand and noble, sharing dinner and tea in Zheng's home. Chen was more than a little surprised at finding out how Zheng normally dresses :)

They're sharing a traditional Western noodle dish that Chen made: Zheng doesn't know much about cooking because she's never had to do it, so she made the tea. Zheng being in the Navy for a while was because she wants to design radars, and she thought some experience in how they were used would help.