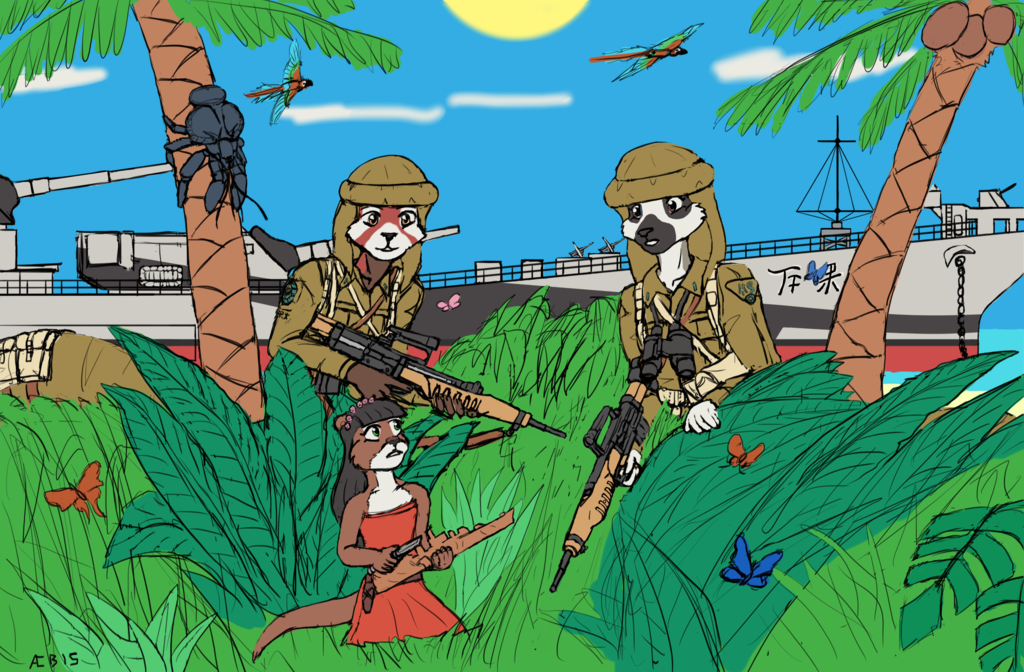 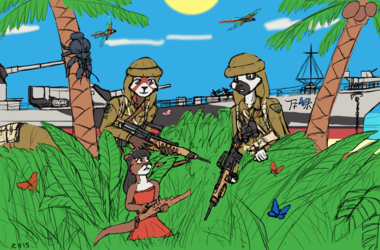 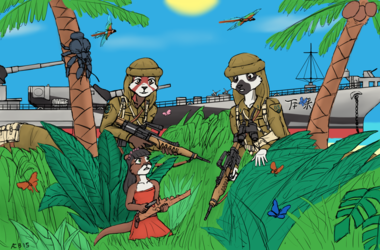 The Karwen Islands were long thought to be uninhabited, until a Chiran battlecruiser stopped at Karwen-Mihan to take on fresh water. Investigating an unfamiliar scent, a pair of Chiran sailors found a young ottergirl carving a model of their ship while hiding in a patch of long grass, a meeting that would ultimately lead to the Karwen and Chirans becoming strong allies.

The is really going well (and quickly too), I think. More colours! Less random lines! EM-2s without the two museum stand brackets on the cropped reference image on Wikipedia that aren't part of the gun! Yay!