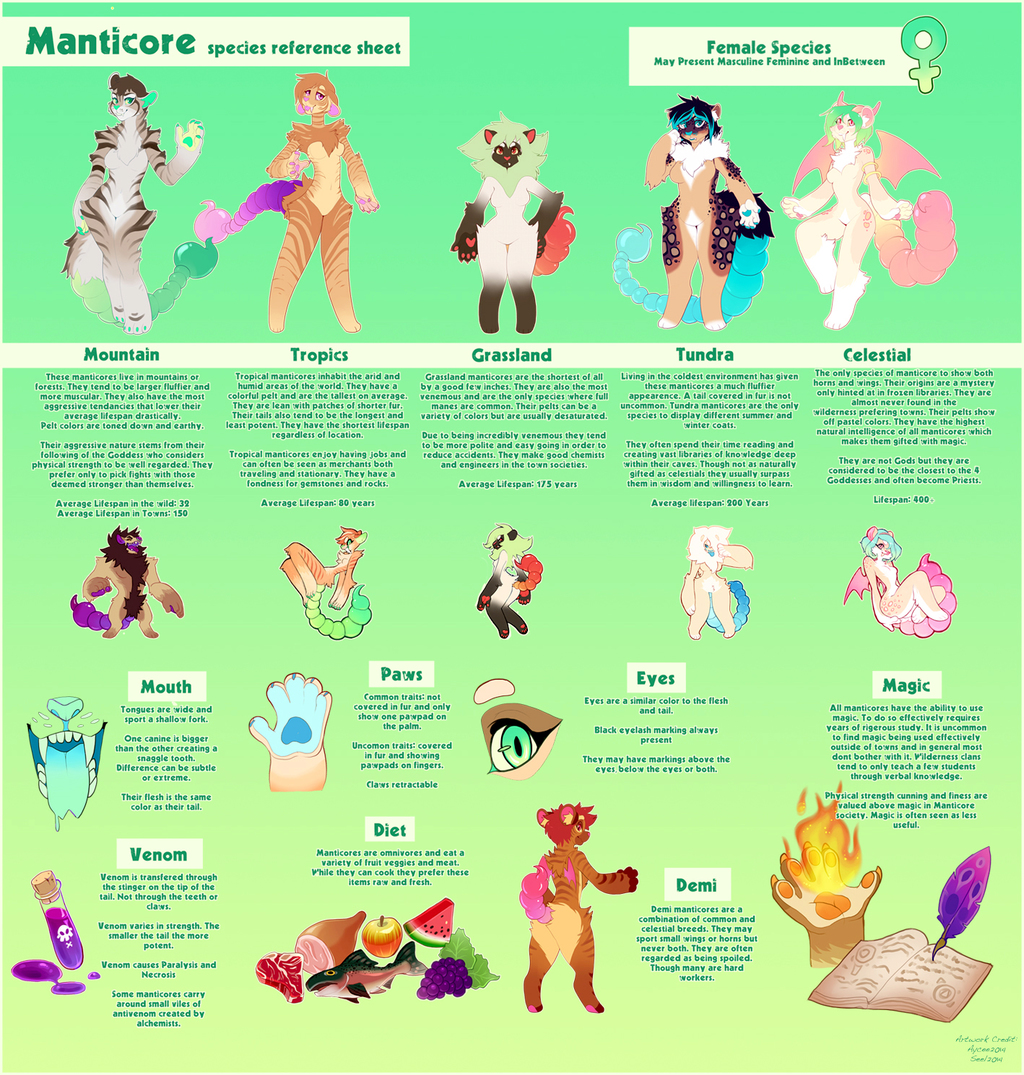 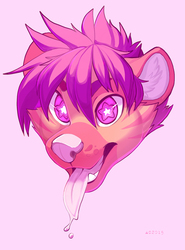 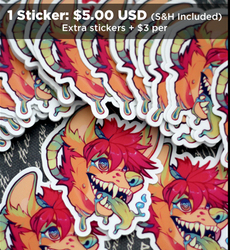 EDIT: Apparently I cannot spell VENOMOUS so please ignore me!!! This sheet is kind of old and I clearly did not think Spell-checking was a good plan.

(This file is huge FA will probably destroy it. I'll work on getting a better copy up ASAP)

So this thing is a bit of a monster, and also a little old. Back in October I made a manticore adoptable with the sole purpose of selling it off (the maine coon one up in the left corner) but ended up falling in love with it and.... ah crap dang it...

This is kind of a mini collaboration between me, Seel and Bowrll where we just tossed ideas back and forth for 2 weeks and giggled about it. Seel started posting the ones they drew around on Tumblr recently and such and people started asking questions so I figured I'd throw up the master sheet I had loafing around on my HD.

They aren't really an OPEN or CLOSED species or anything.... They were just for myself and my friends to have some fun with a mythological creature we all thought was SUPER NEAT. I don't mind if people want to make or have fun with them either. It was just a very small exercise in world building. Also uh... big colorful boba tails? I felt they were kind of a generic thing to begin with but HEY! Maybe you guys will get some enjoyment out of this way-too-bright ref sheet.

A link to Seel's many renditions can be found here: http://groundlion.tumblr.com/post/116586389438/a-huge-batch-of-drawings-from-last-october-my