Neil and Amy Olivers by abunny 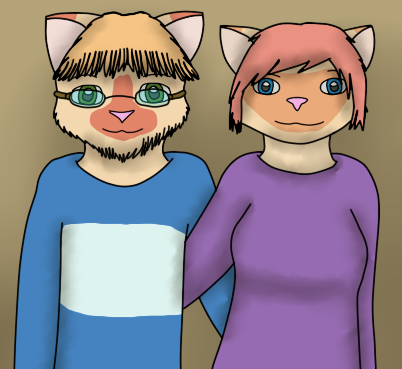 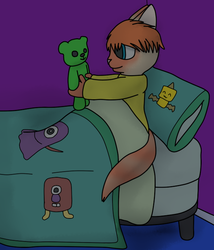 So these are Matthew's parents. I've wanted to draw something like this for a while so I'd have a good reference as to what they looked like, but I've been a bit lazy. x3 Even now this picture seems a bit messy with the shading, but I kinda like it...

Amy and Neil both work as teachers at the local high school, which is where they met. Amy teaches 11th grade gym, and Neil teaches 10th grade history. They were married within two years of meeting, and not long after Amy became pregnant with Matthew, their first child.

Still being relatively young parents, both of them have a fairly laid-back style when it comes to raising Matthew - which works because he isn't a very difficult child to begin with. Being five, he currently tends to favor his father, but loves both of his parents deeply.

I might write about them individually later, but I'm not sure...