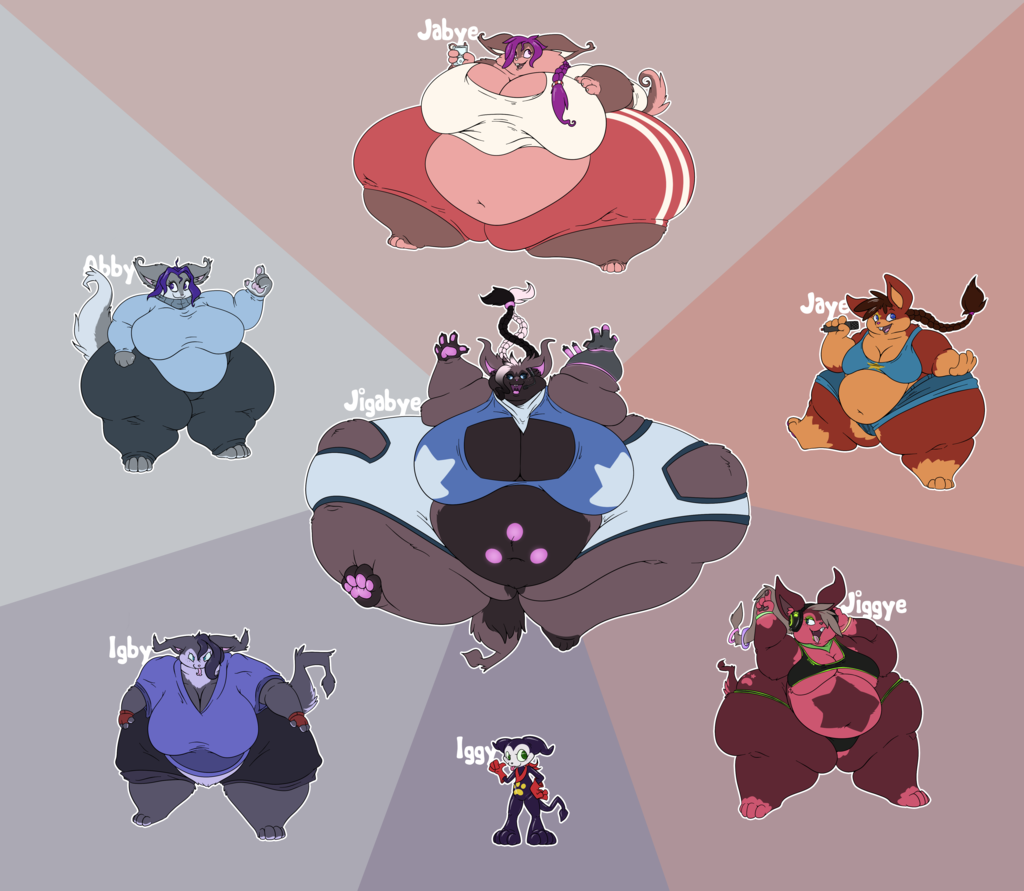 Commission for iggyimpmon and marcusquinn!~

So, let me break this down for you why this is god damn terrifying...

Abby can cause weight gain on contact with her skin triggered by extreme emotion.
Iggy is a digital construct with influence over anything with a chip inside it.
Jaye's melodic vocal cords have the ability to cause listeners to pack on the pounds.

WHAT IF WE MASHED THEM ALL TOGETHER.

I'll tell you what we get.

We get a terrifying beast that stands at nearly 15 feet all, weighing in excess of 18,000 pounds and wider than a two lane road which is bigger than an African male Elephant. This being would basically be a titan by the standard definition of a human shaped creature based on height alone, but its sheer scale of body mass isn't the most terrifying thing, oh god no.

The scariest part is what it could do to the population of the UNIVERSE.

Given the fact that it would be part digital being, it would have access to the entire internet which reaches nearly every living breathing person on the PLANET. Couple that with its ability to cause contact growth, you'd have anyone with a cellphone in their pocket to start swelling just by holding onto their device. Couple that with the various audio based pieces of technology; speakers, phones, PA systems, stereos across the world and your reach increases, possibly reaching the farthest most remote areas on the planet. This compounded by the fact that everyone would be in the vicinity of eachothers weight-inducing sound-making hand-held devices being multiplied thousands and thousands of times over in densely populated areas and you have a cataclysm on our hands!