I am going to see how Weasyl shakes out before I get too invested with a profile. 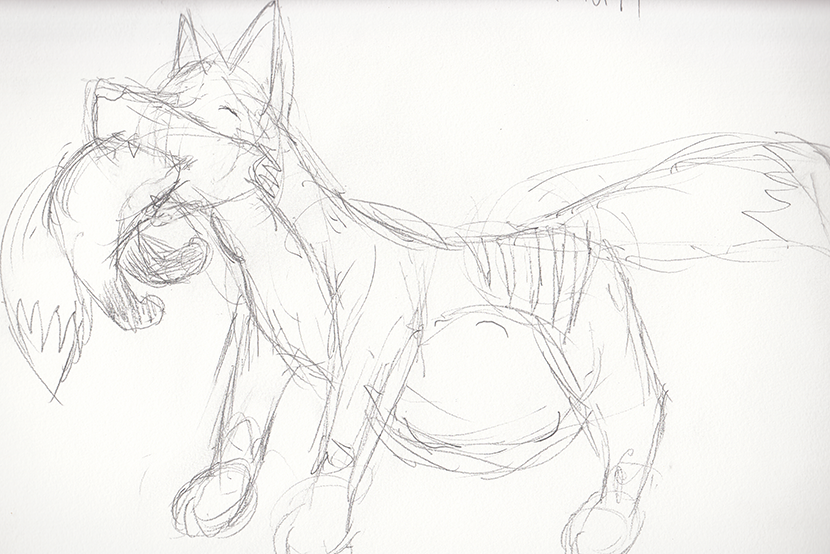 Man, I know no one is going to take this seriously, but I'm starting to feel like my self worth has been destroyed by being into vore over the last decade and a half. Like, everyone talks and talks about how hard it is being prey, how all the predators are always taken and that finding a good RP is impossible because of it. But, like, I play almost strictly predator and I have a really hard time finding an RP, even though I'm supposed to be heavily favored or something? I guess I just really suck at it. Plus there's the decade of being told, because I was a fox, that I was supposed to be submissive and so either treated inferior, or just told that I'm "wrong."

That probably has a good deal with why I hate being into vore so much, but it's more than that. I also hate how much time and energy I feel like I've wasted on it - and apparently I'm not even that good at it. It feels like if I were a normal person I could have spent all that energy making something I could actually be proud of.. or something. I just wish I could shut it off! I know I've said many times that if there was a pill I could swallow that would make me stop liking vore I would take it without hesitation, even if it had severe side effects.

Creating Miiar has been my attempt to channel my - it feels like addiction - of the kink into something artistic and creative. It's not the first time either. I've tried making comics and animations before but they never went anywhere. In fact my previous attempt at a comic ended terribly.

I have one chatroom, and it's been amazingly helpful for my mental health. Before and outside that, though, I can see how everyone is in these tightly knit social groups that I am just never going to belong in. It's like a physical law of the universe. So that, and the other things like being a bad pred, being the wrong animal, being useless at making things... it's all just added up over the years. I feel beaten - like I've just given up. There's nothing good about me and I hate myself.

Now I know my friends and kind strangers have the best intentions when they say "you can always chat/RP with me any time" but I'm shy now. The destruction of self worth is why I feel shy now. I wasn't like this years ago but I am now. It'd take a lot of building up to make up for the breaking down, and I just don't have the energy.

Now I'm just too sensitive. It's so hard for me to focus on the positive things. Things that didn't used to bother me now bother me so much.