my name is Runnhurd
I am a Artist and of late I can now make models as well.

my char is Runnic the hybrid and I draw as fast as I can for people who payed for commissions. in all the details they wany.

Most recent: Danger from a galaxy far far away page027 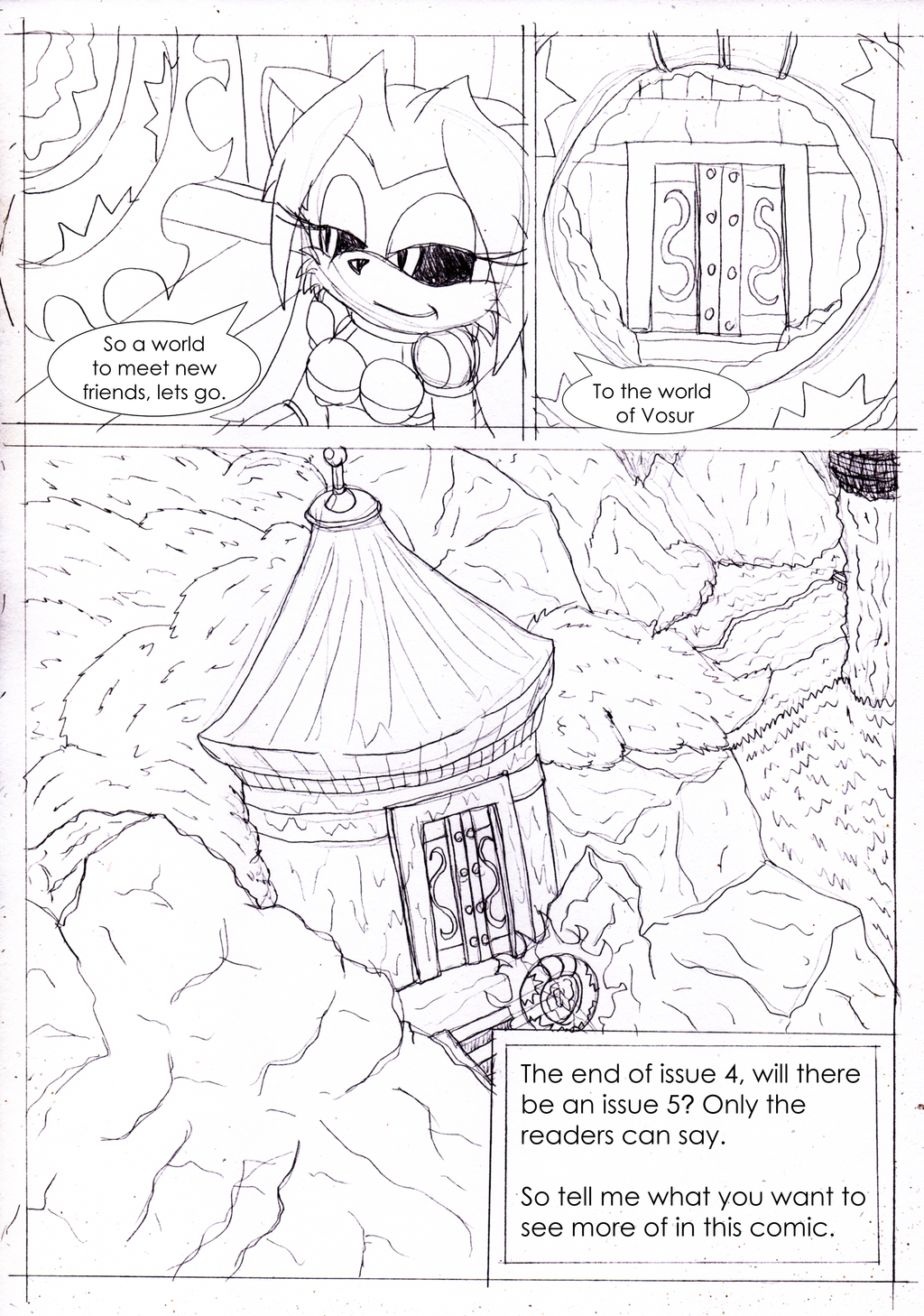 issue 1 of my reboot comic is complate a good long 31 pages.

now I will explain some things about it,

the story take place in the Archie comics reboot, that is Archie + Sega mix.

years before Eggman try to take control of Mobotropolis, 3 Echidnas of the Norcturne clan got out of the Twilight Cage, they was able to make a trans-worm-hole that open a wip between the 2 worlds.

This Tech would be later found and they try to remake it, but they don't have anything powerful to get their home back or everyone, so they make Belt versions that make a bubble field that, witch is what happens in the Sonic Dark brotherhood game.
This plot is a idea to explain that, and a possible idea for them to use.

the 3 that got out found out later cause they didn't get the Time plasement right their bodys got fus with some of its energy and now their bodys do not age. only the 3 Echidnas that got out of the Cage.

Lilith-La: my Char who is the mother of Runnic the Hybrid.

Lien-da and Julie-su, both belong to Ken Penders, yet this idea is for them to be in the comics still and part of the game as it is really just a mix around of the Dark Legion.

they meet Reeno a green hedgehog who is a knight of mobotropolis and a wizard.

Reeno is a redesign of Runnic's father who was original named Reonic, the redesign was a idea to mix Dawnbest webcomic and story into the flow and also help people to check out her comic more.
anyone who want to see Dawnbest comic please check it out
http://gloryhound.info/sylvanna/

Reeno is a reincarnasion of Reeno the bat who was a Demi god on the world of Sylvanna, check out Dawnbest webpage on the comic and story to learn more, other than that he is Runnic's father.

the story move on years later when a village was starting to from in that spot, first it was 2 huts and soon 3, soon after the day Runnic was born came.

Lilith-la named her baby "Runnic" witch in the ancent Echidna words means "Brave Warrior" this was a idea to give some meaning to some of the story's in Sega and Archie, as a thought "Sonic" would mean "Legionary Warrior".

Fiona Fox belong to Ken Penders, yet cause of her being in a alt dimension at the time, the dimension might made the original as the Evil mobius world, and so Earth prime [as it is now and not mobius going with Sega ] might got a Fiona reboot to a brand new Fiona Fox.

Vex fox belong to Blade-TigerX one of my friends, the story of these 2 is after Eggman's attacks, their home and familys gone, yet they was saved by Reeno and lived in the village with everyone.
http://www.furaffinity.net/user/bladetigerx/

Fiona and Vex became like sisters, yet cause of Vex pouncing Fiona kind of become a bad girl, more on Fiona story be in issue 2.

the family that was in with Runnic's birth was Medusa a nega, Rose a plant woman and Lora wolf, who is with child, Medusa and Rose belong to me.

Lora belong to my friend Sirus, as you can see in the page of the brith, Lora is with child to, and after her son is born who is Sirus she be having a other who is with Rose who is named Dawn.

the story then move on to when Runnic a teenager he was just given a gift on his brithday, 2 power stones with Tech interface, 1 power stone give him super speed, the other able to fly, and as a combind effect he can heal faster.
with out them he is just a normal hybrid of a hedgehog and echidna.

after Runnic thank his mum and dad we meet Fiona, Vex and Runnic's little sister Pure, who in a Creeper Rainjacket for Minecraft fans she a pure creeper girl

we find out Fiona's brithday is in a week, that is the start of the plot for issue 2.

next we meet Sirus who is a hybrid as his father was a hedgehog, so his a hedgehog and Wolf hybrid, yet his father is gone, witch is why his mum Lora found new love with Rose.

now the main plot begins enters Celene the bat, Celene belong to Dawnbest and is part of the webcomic of Sylvanna.

Celene was sent by her mother Alablaster to kill Runnic, the reason will be explain in issue 2.

Reeno stop her attacks using a powerful magic that stop all attacks, as Celene can not beat his magic she listen to his words.

Reeno get Celene to take Runnic to her world to meet with her mother, when they get to the planet it is the Little planet from Sonic CD, yet also for this plot to mix and work it out, it is also Sylvanna the world of Dawnbest's webcomic.

when they on the world, Runnic's power stones let him see the time rifts, witch Sonic use in Sonic CD, to go back in time and forword.

they was everywhere and only powerful magic or the sonic speed that Sonic can go, can open them.
This plot help to explain how Sonic was able to go back and to in time in the game as a plot.

Runnic try to tell Celene but she in a rush to get to her mother, she just goes in the one Runnic found witch take them back into the past when a horror of Celene's past happen, the day her father killed her.

to explain why she alive and not dead, you have to check out Dawnbest Webcomic it all explain how on Celene's mother Alablaster.

Runnic try to calm her down but then goes after her father to ask why he did it.

only to come across a small battle of the demi god bat Reeno who hold half a star dead, he was turn to Crystal and Xixa shatter him to save his soul and teh half star.

when Runnic question Celene's father why he killed her, his words only made Runnic Mad, and he attack him in rage.
yet Runnic is still a normal hybrid boy with power stones ti give him fly and speed, he is no match for a demi god.

yet in a reaction the half star from Reeno goes into Runnic making his blue fur turn Green as his father's as he with Xixa's plan the keeper ot time, to trap Celene's father into the planet to keep the half star in him, to give life to the planet.

once done Runnic let the half star in him out as it shoot around the planet, Xixa didn't know why he just gave it up so easy to being a demi god.

then Run's father come out of no where, he use his magic to follow Runnic using the power stones on him like a becon.

Reeno explain who he was and that Runnic has a destiny to help save and protect his former home, Sylvanna.

he use a illusion spell a powerful one that make Runnic look like a wingless Bat, it a illusion Spell unless Run had wings it couldn't make them.

Runnic then goes in a time rift into ths plant's future to help out best he can.

This full plot idea I talk to Dawnbest about and she alright with it, so the chance of seeing Runnic as the blue wingless bat named Runn is only 25% or 50%, you have to wait and see in Dawnbest comic if she add him or not.

to everyone of my friends who in this comic to all their chars who been in, to Dawnbest, to Ken Penders, to Archie comics and to Sega, Credit to all and everyone of them.

I hope you enjoyed issue 1