So Weasyl is a thing now. New here and shite. Probably going to use this as a dumping ground for sketches and writings in the coming weeks. I'm still getting in the motions of checking my mail here (still defaulting to FA / DA), so don't panic if you try to grab my attention and it takes me a while to respond.

I just realized that I'm long overdue to be talking about Xenomorphs. I'm kinda-sorta all about aliens in these here parts (particularly Xenos; LOVE 'em). Be prepared to see lots of them art-wise.

I might open up requests from time to time; depends if I have to time to do them or not. I dunno. Shoot me any ideas if I'm open for drawing...ESPECIALLY if it has to do with nice charming toothy monsters of the like!

Well this was an aimless ramble. Cocktails?

Most recent: "So, you're in need of some money?" 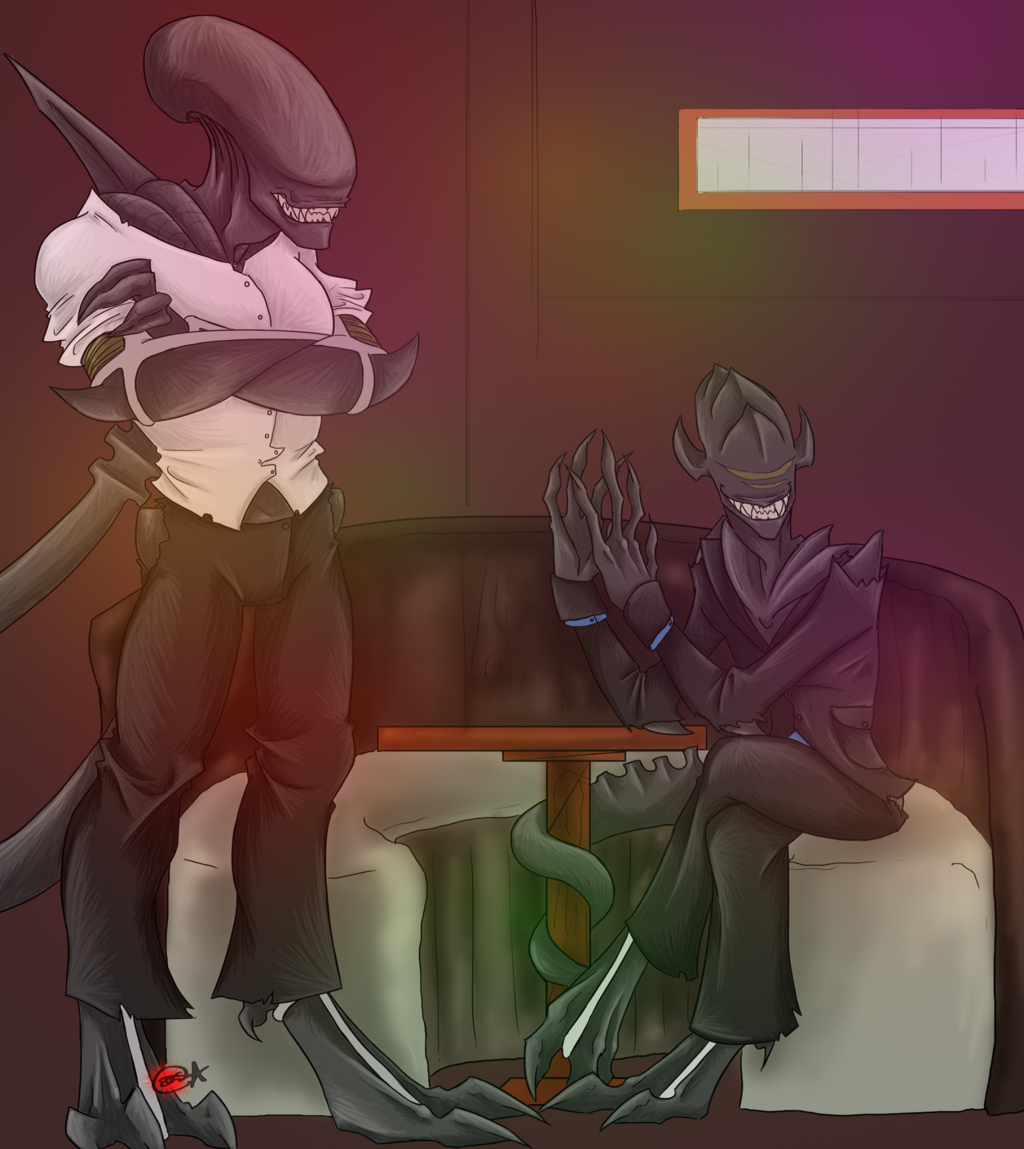 With the massive exodus from FA that's been happening over the past few weeks coupled
with my own negative experiences with IMVU, I figured it was high-time I made myself some
auxiliary accounts on other sites. I've decided to start getting in the habit of utilizing my
Weasyl and furry-oriented Steam accounts on a more regular basis, so for my friends who
have long since left FA hopefully I won't be QUITE so absent from now on!

In addition, I wanted to apologize to and graciously thank everyone that's been so patient
with my quiet disposition as of late. Along with being completely absent from anywhere
aside from my main FA account, I've been going through some pretty heavy stuff for a while
(the details aren't important; I don't like lumping my problems on top of people ^^;; ). The
point is that from here on out, things should be getting better and I should be increasingly
available to talk or game. I'll be moving across the country over the next few weeks, but it
shouldn't take too long to get my own internet connection set up and for me to get settled!

It's been a long while since I've played any TF2, so I'd love to play Medic for anyone that still
plays themselves! c: I might try and pick up some new multiplayer games as well (I'm dre-
adfully out-of-touch with what's good right now), so I'd love some suggestions for good ones
if anyone has any!

Anywho, hope to talk to you soon!

Xenos and all that good stuff