My name is Taoki, also known as Mircea Kitsune. I was born in 1989 and live in Bucharest in Romania. I'm a computer nerd, interested in gaming and everything open-source... currently a contributor to several FOSS game engines as well as a 3D animator. Since 2014 I've taken a stronger interest in science... particularly quantum physics, biohacking, and consciousness. I've been part of the furry fandom since 2005, which I joined as a consequence of being trans-species (otherkin).

For those interested in my non-physical identity: I identify myself as a "fox person" (intelligent bipedal fox). I'm a relatively young female kitsune, with red fur and black paws / forearms / forelegs, and crimson long hair. I have a short pointy muzzle, larger human-like eyes, and slightly thinner limbs despite being somewhat chubby. Other traits might vary.

While I try to be open and accepting of different opinions and beliefs, I prefer to avoid people who can't accept me for what I really am, while I won't tolerate anyone who harasses me over it. If you think that physical appearance alone defines one's true identity, or that people who are different are dangerous / sick / misguided, please leave me alone. I tend to be untrusting of "normal" people (most non-furs and non-kin) due to bad experiences, and apologize for any misjudgment I myself might carry. My dream is to create a world where everyone who's different can have their voice heard and their experiences shared, and the ability to live a normal life as who they truly are.

For those interested in more personal things, applicable in RP and art: I'm always open to sexy stuff, as long as the person is someone I like and feel comfortable around. I'm bisexual with a preference toward females and especially herms. I am however only attracted to furries / anthropomorphics, witch means I'm not comfortable with humans from this perspective (neither online nor in real life). I'm highly submissive in general, with soft vore (being prey) one of the things I enjoy most. Simply cuddling or spending time with someone is also something I love doing.

You can support my works on the following platforms:

Most recent: Road of Bunny 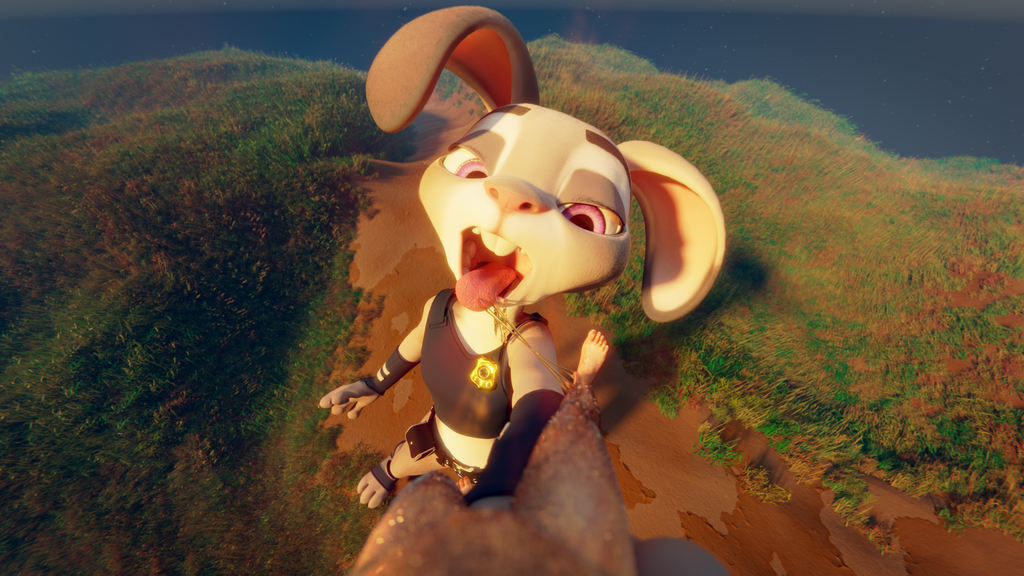 Still not seeing it?

Last night someone randomly shared this screenshot to me and asked what I think. I took the time to read it though I kinda wish I didn't. My answer was simple: I think the world is going to burn... and as much as I'm able to will it into existence, I'll be adding fuel to the fire it burns with, as there's clearly no other way to end the silent evil picking us one by one and dragging a new victim down under to be executed. Unfortunately the person didn't provide a link to the original Reddit thread in that screenshot, but I'm reasonably assuming the one who wrote it is now dead.

Before people are going to ask for the 1000th time, I'm not a minor-attracted-person: I like and support NSFW art of adult-minded cubs because it's cute and that's it... I care more about the dirt on my carpet than whether one's going to understand this or not. Now whenever I see that kind of shit, how this world works to slowly suffocate and murder those who aren't part of its sick doctrine... I automatically see myself in that position, I envision it happening to me. And why would it not? If this amount of dementia can happen to any misunderstood group, it will happen to every other... anyone who's different and may trigger the prejudice of these sick monkeys. People wonder why I fight society and am unstoppable, not even saying why or talking about myself too openly... this sort of thing is why: I've known for a lifetime how this world works and what they do to you when you aren't part of the proper gang. I'm no longer afraid, but I am smart... I know how to fight back against the enemy, suffocating it back just as mischievously.

Wanna know why I'm not as outraged about the killing of George Floyd? Because in his case the entire world has seen it, the vast majority is aware his sort of thing happens, the mainstream itself is protesting it. That's only because the poor man was lucky to be seen as "part of the tribe" though: Once you're no longer a part, they will kill you even more slowly and painfully than that bastard cop did Floyd. And in your case no one will talk about it or know it happened... the few who do talk will only do it to celebrate how you were tortured and they removed another intruder from their ranks.

Mark my words world: Karma is coming, and it comes for everyone. Delusion is no excuse and will protect none. Those who refuse to stop fueling this machinery of evil will be buried with it, under the world being built on top once the nightmare they've created is finally over. The souls of the damned, both those of the alive and dead, are fucking pissed... be sure they won't calm down with a pat on the back no more.