Heya, I'm still new here so I might come off as a bit of a dumb ass. Anyways, I just found out about this site and I wanted to post my art to more places.
I draw a lot of things, some things SFW and some things NSFW. I have a lot of OC's, and I draw humans/humanoids more then furries, but it's not like I never draw furries.
I also draw monsters and ponies sometimes too.

I'm pretty active on tumblr, so I'd suggest y'all follow m on there if you wan't. :3c 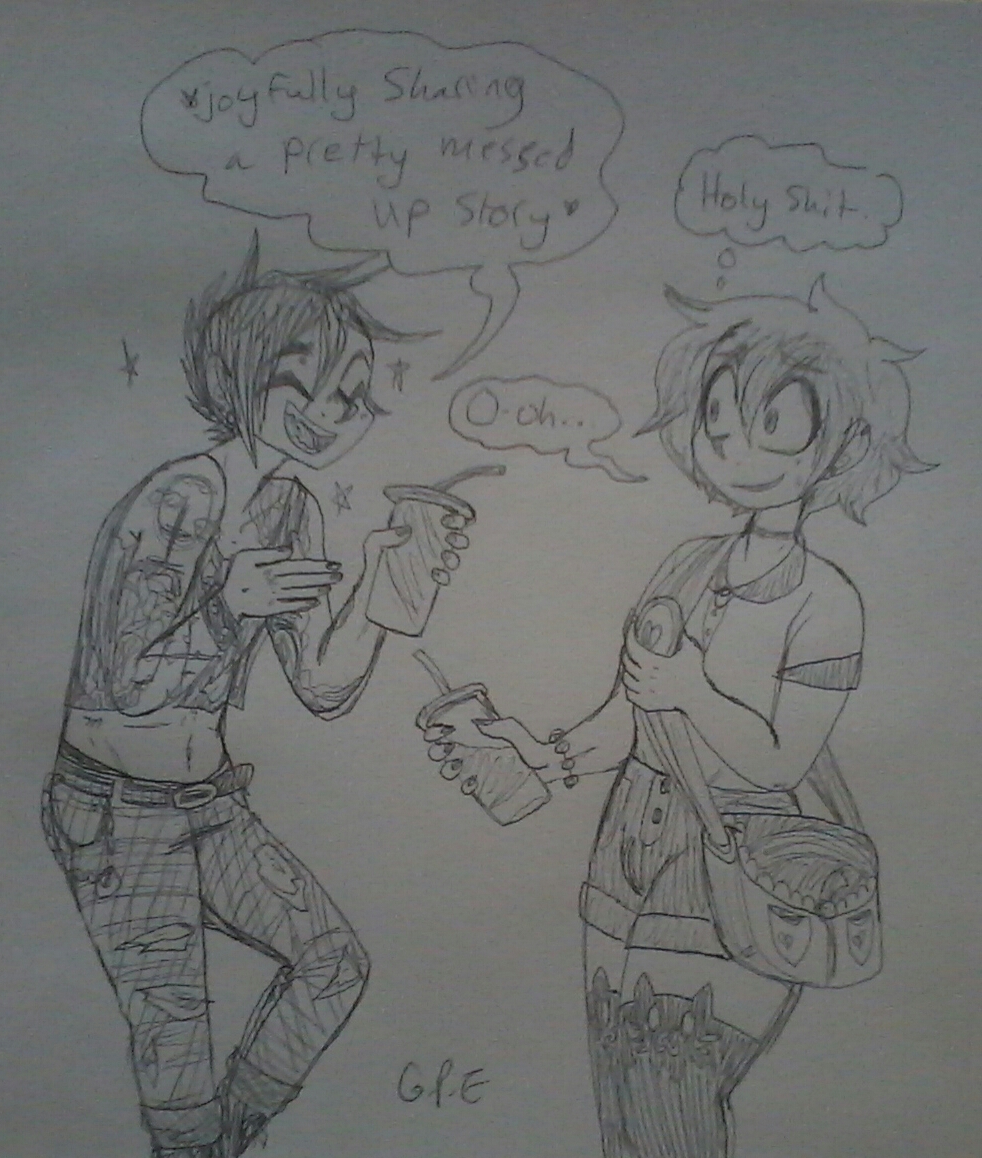 Sorry I don't upload a whole lot! I update more frequently on furaffinity and tumblr (mostly tumblr) but all I've been drawing is self indulgent oc shipping stuff;; and it's m/m humans...so...
Also digital art is hard and harder now cause our mouse is fucking up 😵

Anyways, hope y'all have a good day, and if you're stuck with shitty family members....eh, atleast there's food?