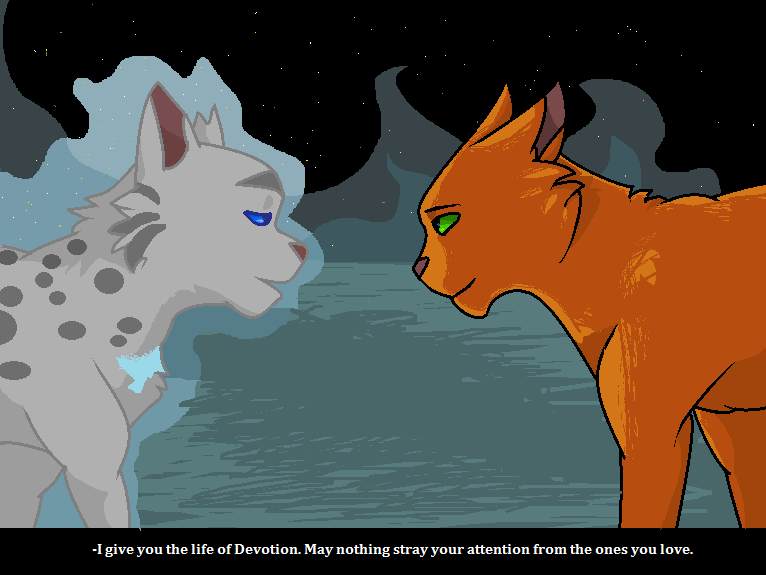 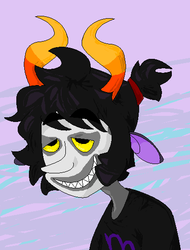 I was thinking about who would give Squirrelflight's nine lives if/when she becomes leader. I think it would be really interesting if Ashfur gave her one of her lives. I think it would be a really emotional scene, and I hope it happens! There would be so many different ways it could go down. I guess in my version of this imaginary scene I think Ashfur would kind of forgave/is still remorseful about Squirrelflight.

This toke forever to draw, and i'm not even totally happy with the out come xD but eh, here it is. (btw the blue part of Ashfur's neck his his wound he died from. It's kind of my head canon that in starclan, if you died from a wound, it becomes blue. I don't even know)