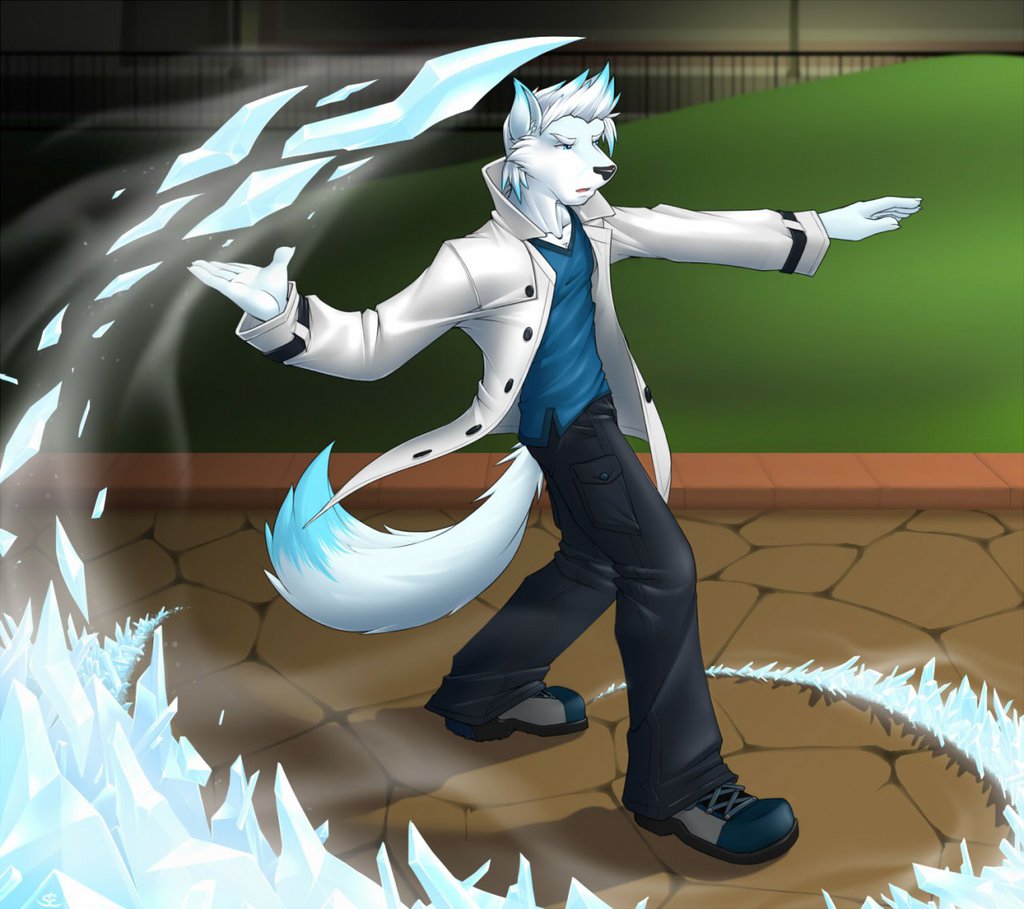 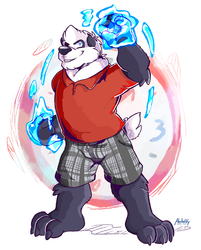 The low, soft voice is a warning. Something's coming, and it isn't friendly. Paw out to keep his team back, ears and eyes alert, the wolf glares at his foe. Wordlessly, he puts both paws in front of him and to his left. His right arm sweeps around in front of him and reaches back, and the ground beneath his paw instantly freezes, shards of clear, cold ice erupting into existence.

"You're done for," the wolf declares, his piercing blue eyes enrapturing the foe as his arm reaches back to hurl his creation.

This is my cryokinetic wolf, Ice. His true name is Porter James Ryland, and his childhood friends used to call him P.J., but he'll probably freeze your intestines if you call him either. Ice is his official alias. He stars in normal., which I will be rewriting soon, as part of Team NA27.

Stonecircle did an INCREDIBLE job with him. I've always wanted a commission from the guy, but when I finally got on his list he needed a hiatus. He deserved the break, and I was thrilled to get this from him. :) Thanks!

Art by Stonecircle
Ice belongs to