The universe decided to pull a prank on me when it came time to determine my sexuality. I sure as hell didn't choose this, but I guess it could be worse, right?

Please treat my 'requests' as more of a suggestions box for things like "I think it would be cool if this thing happened in the story", and less like "I want you to draw seven dragons having sex". It doesn't mean I won't do it, but it's... very unlikely. 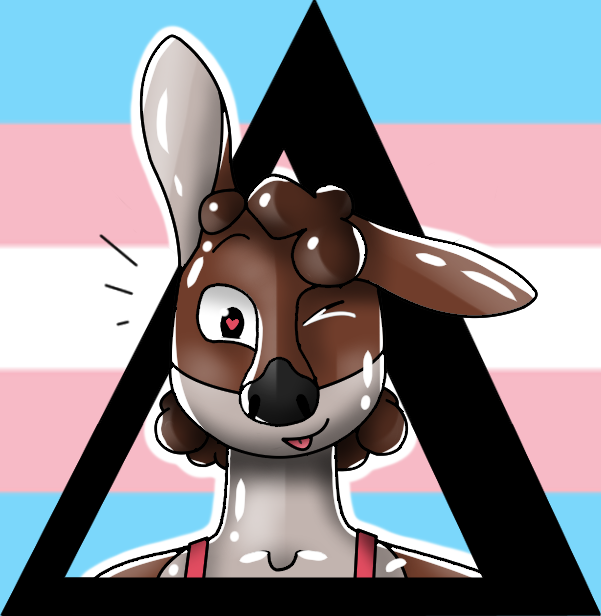 Why I May or May Not Continue DELTA

I received a few comments about why DELTA is on indefinite hiatus, so I want to share some of my personal experience writing the story.

When I started writing DELTA, it was as a coping mechanism for my gender dysphoria. But it backfired spectacularly. The more I wrote about Fen finding herself, the worse I felt about my own body, and the less I could think about anything else. By "Back to the Mountain" I was in a really dark place.

Despite all the thought spirals and depression, DELTA had one really good outcome: I finally admitted to myself that my gender dysphoria wasn't going away. I was Trans**, I was a woman, and that was okay. I went to therapy, saw doctors, got my dysphoria diagnosed. I am now almost 6 months on hormone replacement therapy, and for the first time in my life I'm happy to look in the mirror. I have finally found the alien experience of being comfortable in my own body.

I actually wrote "The Morning After" in July 2019. I took some time yesterday to finish the illustration and leave Fen & Buckeye in a better place. I still like the story and I know what happens next (it's pretty fun), but DELTA has baggage. It consumed me when I wrote it. It probably won't ever hold that power over me again, but I think you'll understand why I don't want to risk it. At the very least, I'm going to take it slow. DELTA is important to me, and I'm so glad that I was able to share it with you. I hope I'll be able to continue writing Fen & Buckeye's adventures someday.

I'd love to hear whether any of you have had similar experiences in coming to terms with your gender. Let me know in the comments! I know TFTG is a refuge for a lot of gender-nonconforming people, and I love that about this community.

Thank you for the continued understanding & camaraderie,
Pannotia

**Disclaimer: I ABSOLUTELY DO NOT RECOMMEND transitioning if you like TFTG but don't have the underlying medical condition of dysphoria. I happen to be Trans AND like TFTG, but I want to stress that one does not imply the other. There are plenty of reasons to like TFTG. Transitioning can really mess you up if the alternative isn't worse.

P.S. For what it's worth, I haven't stopped writing. I'm a few months away from being a real published author! It's not TF (and I'll never post specifics about it on this account - work life balance!), but I hope you'll find it and like it by accident. 😉