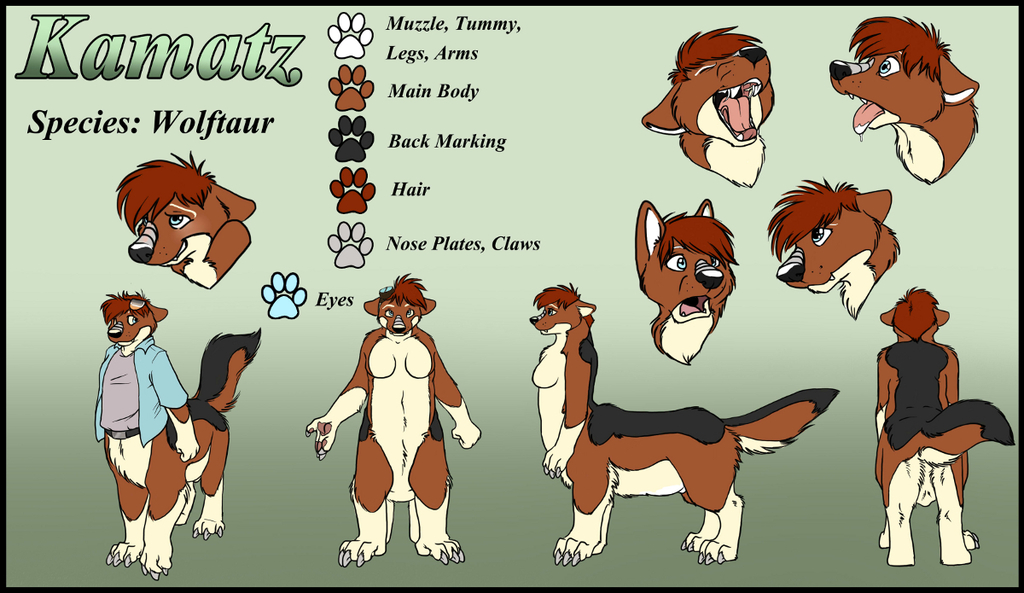 Kamatz is social and enjoys the company of others, as any canine would, despite being possessed of a quiet demeanor.

As fond of eating as he is of breathing, he's never been known to turn down a snack or meal, or unwanted left-overs, which has contributed to a somewhat rounder figure than average.

A hermaphrodite by gender, he's most often of a male mindset and dresses and identifies as such, usually trying to cover features that would lead others to refer to him otherwise.