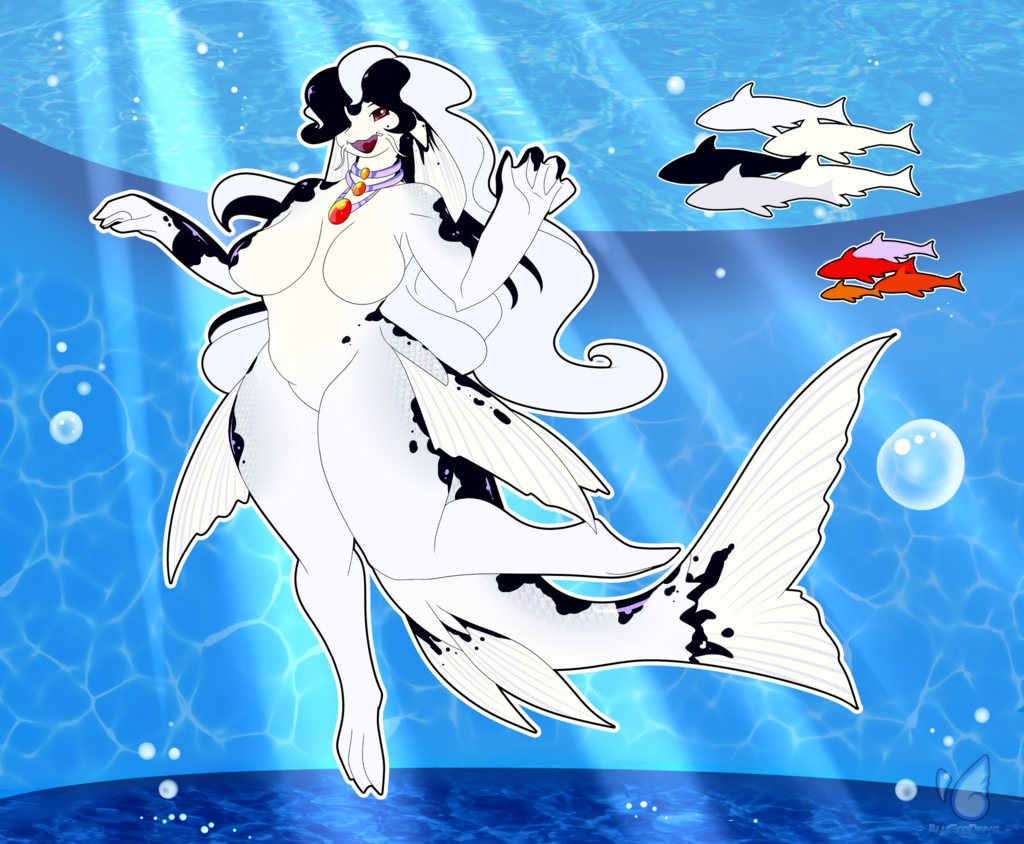 Kirei was born in a mountainside pond as an only child with her mother and father. In addition to engaging in caretaking at various venues and establishments while growing up, she had been strenuously taught the Will of the Mystic Water; a skill of "compelling" the properties of water to follow the individual's whims. Aside from the supernatural upbringing, life had been fairly straightforward during her childhood and adolescence.

One day, a set of massive wind turbines had been set up on the mountain which overlooked the pond. While they were an eyesore to look at, the family managed to live with the new additions for some time. However, during the following winter, a severe blizzard shrouded the area in unrelenting snowfall; forcing Kirei and her parents to stay underneath the water's iced surface. With snow piling up on the blades of the mountaintop turbines, one would eventually snap off and come barreling down the mountainside while her parents were asleep. Hearing the coming catastrophe, she desperately attempted to stop the blade using her power, but she was not strong enough to stop it from crashing into the frozen water; killing her parents as she narrowly escaped death. Becoming devastated by the loss of her parents and growing ashamed of her failure to hone her abilities, she would permanently depart from her home after laying them to rest with great difficulty.

Afterwards, Kirei would settle into a small, woodland pond which is located deep in the forest behind Karma's house thanks to his family's assistance; dutifully honing the Will of the Mystic Water for the following years to come. When word arrived that the Icesteel Empress, Yonah, had moved into the neighborhood, Kirei grew extremely apprehensive towards the wintry presence. Eventually, she would offer herself to be hired as Yonah's personal onsen caretaker, which she refused her service at first. However, after being shown her unique ability to wield water, the Icesteel Empress would eventually yield as she grew curious to survey its properties.

Kirei is the textbook definition of a clean-freak who sometimes stops at nothing to make others are spick and span; much to their annoyance. Even so, she always strives to perform her given duties; whether its by making an area spotless or by uplifting a saddened spirit. While submerged in water, she can become especially frisky and playful as a highly adept swimmer with the Will of the Mystic Water being at its most potent. This can lead to such tender times lasting longer than she insists before diving in~

Here's yet another lovely adoption from my wonderful friend, BluDraconoid!

I'll make sure to remind Miss Tempestra to, uhh...make sure she doesn't accidentally...zap the pond out back in the forest at my place~ >uo