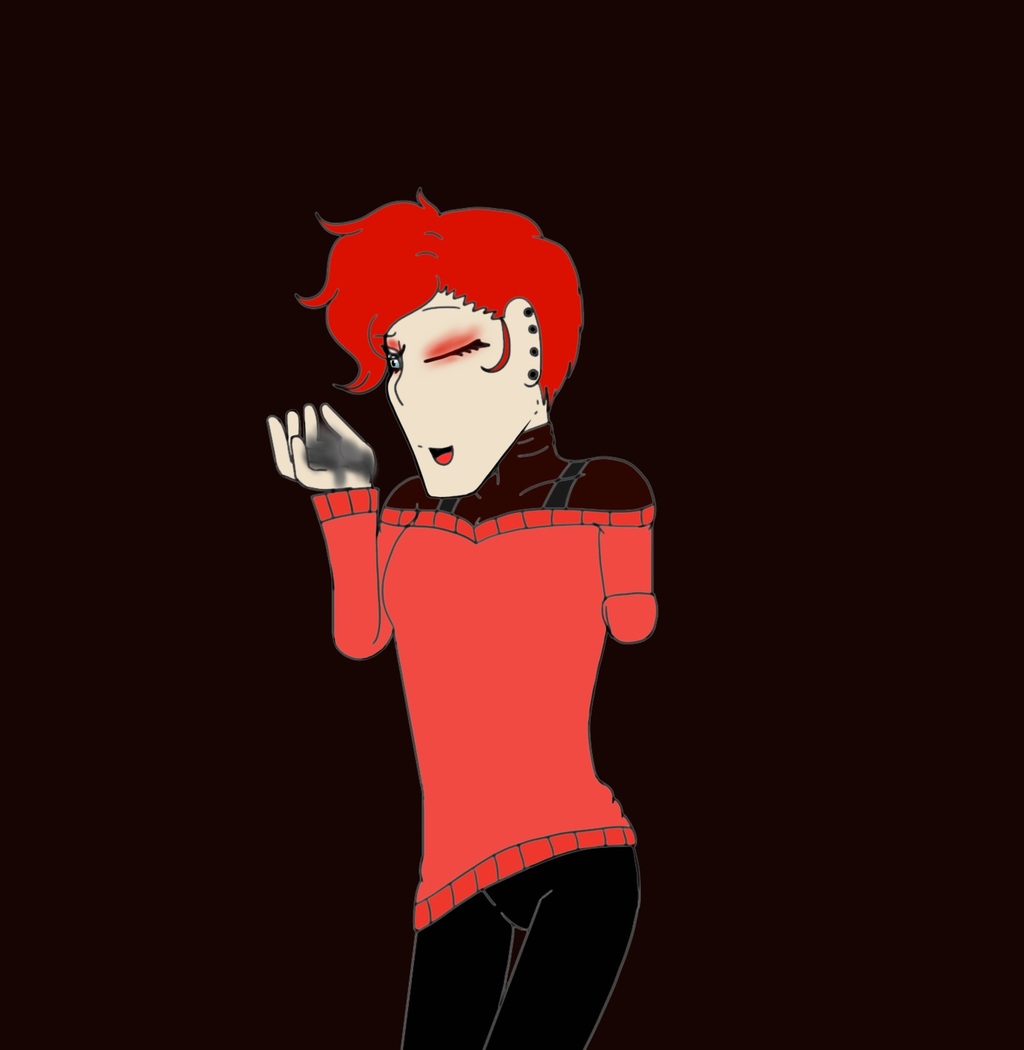 Alias: Blood Lily
They/Them
Quirk: Degrade
(The user will, over time and under times of extreme stress, be more subject to injury, as well as loss of movement, feeling, and especially limbs)
Affiliations: Shie Hassaikai
Former Yakuza, currently on the run
In a (very unhealthy and abusive) romantic relationship with Kai Chisaki, also known as Overhaul
Found by Overhaul once they had lost a major part of their body (their arm) and was taken care of by him, lulled into the mindset that they couldn't live without him
Eta seems to have been losing less and less body parts with Overhaul in prison, they haven't had the time or energy to notice, nor do they care, they're too busy panicking
Eta has mainly lost an arm and an eye, but they also have lost a few toes, as well as clumps of hair, as well has a good number of burses from Overhaul manhandling them
The name Eta apparently means luminous, but I swear it meant like broken or something akin, which was why I picked it, I have no idea how I could have gotten so confused about the meaning, but it's their name
I made them because I had the random idea of what if a quirk wasn't good, but actually horribly harmful to the person with it, I know there are fairly useless quirks already, but what if really harmful to the point of actively killing its user?