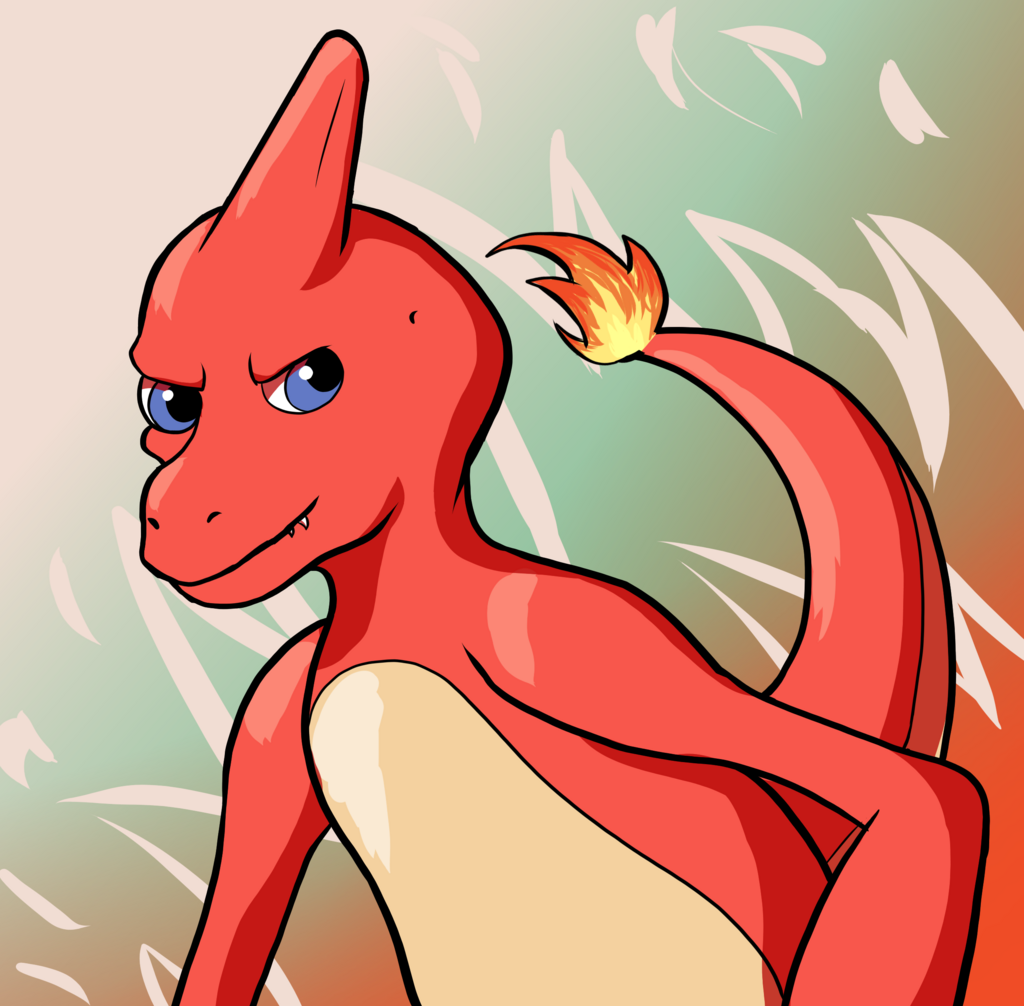 "A Trainer's Tale", our main Pokemon-related series, is still in-progress.
This Charmeleon is the human trainer's main partner.

Art done by ShockwaveJet on FA, who was amazing to work with.

Char focuses mostly on improving SPD. He likes to dash about and hit really quick.
As a result, he doesn't care much for ATK or SpATK, for hard hits and fire attacks.
He just likes to make lots of really quick attacks, and do battle that way.
As a result, he's slightly more lithe than other Charmeleon, and his tail doesn't blaze as brightly.

He's a weird critter that likes Cocoa Puffs and sandwiches with way too many toppings.

As for his personality, he's incredibly laid-back, and never loses his temper.
He decided on being featured in the story series, he wanted to play to that "misbehaving Fire-Type" stereotype instead.
But in actual interaction, he's more likely to laze about and browse someone's library than to act all hot-headed.