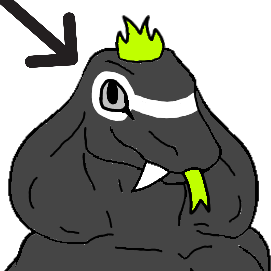 Kuroko Kamenaga is another one of TheSonyFanGirl1/AoiTheDragon's fursonas. She is the vice president of the Student Council at Akademi. She is the most feared among the Student Council due to her very strict and bossy attitude. Aoi the Dutchie is quite scared of her and Kuroko picks on her the most for "goofing off and not doing her duties" whenever Kuroko catches her. Not much can be said about her since she's always strict and the animals at Akademi, including the Student Council members often avoid her to prevent her from yelling at them. Nobody really likes Kuroko and the only two who respect her besides the regular animals at Akademi are Megami the lioness and Akane the phoenix. Kuroko barely shows emotions, let alone a smile. Furthermore, she enjoys being curled up reading books.