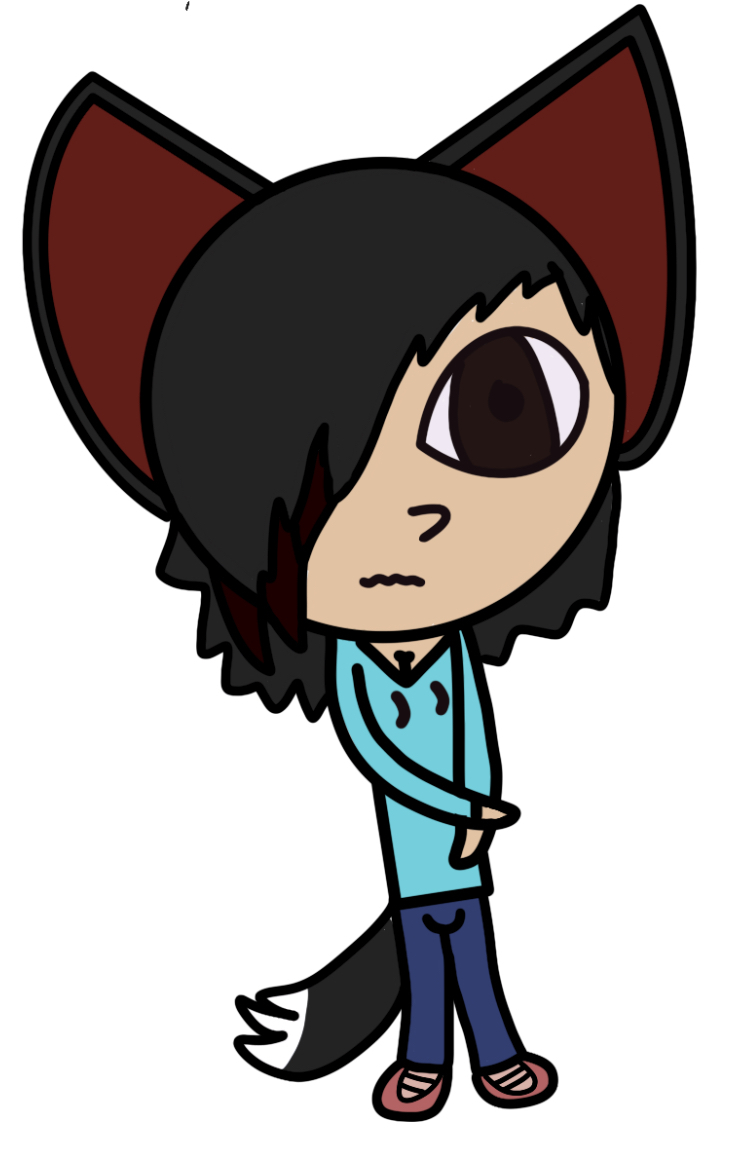 (NOTE: this backstory mentions sexual abuse, puberty, and transformations. I cannot change its rating as I am a minor and registered into Weasyl as a minor, so I cannot change the rating from general)

Sparrow was an average little human boy as a child. He lived a happy life with his human family. That was, until he hit puberty. He noticed some strange things were happening, things that weren’t listed in the boy’s body book. He was growing a tail, boobs, and ears. When his parents found out about this, he was kicked out at the mere ago of twelve and sent to foster care, but foster care wouldn’t accept him for being a wolf neko thing so he was abandoned on the streets. However, on the streets, some neko woman snatched him and raised him as her own, until he turned 18, when he was kicked out of the roof above his head he’d lived in for 5 years.

And so he went off to community college and got a job, a house, and a life in general, but then, someone rang his doorbell. It was a neko child, probably around 13 or 14, at his doorstep, leaving a small basket on his doorstep, then leaving a note. After the child had left, Sparrow picked up the note. It read:

I have been watching you for some time. You seem like a nice person. Sadly, I cannot care for the child I have put at your feet. It was unexpected to say the least- Someone at my school had sexually abused me and gotten me pregnant. Please care for them the way you would your own.

He read the note and then took the child in- But one thing is for sure, he had a major case of Deja Vu when he read the name Furball Blitz.