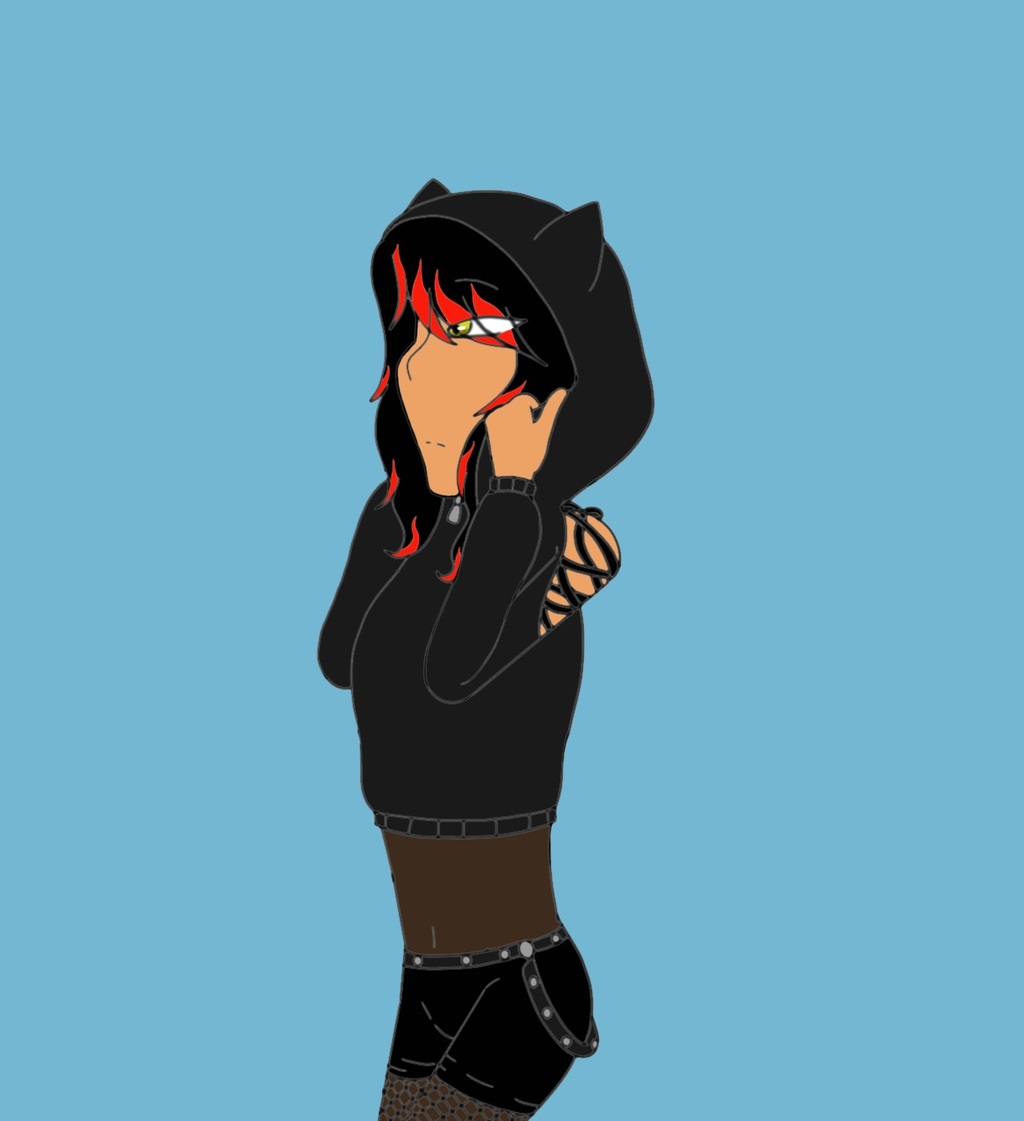 It's Fukō, the second BNHA OC I made, and a villain this time!! They were made in large part because I really wanted to have an OC to ship with Dabi...because I love him...but also, the idea of a character with bad luck powers is something I toyed with even before I made Hitsune.

So yeah, their Quirk is called Bad Luck, and how it specifically works is something I'm still working out, but for now, I'm just gonna say that they can increase the probability of bad things happening. It probably wasn't inherited from either of their parents? Like Shigaraki and Eri's Quirks?

I haven't decided what their past was like too much, but it probably wasn't great and at some point they fucked off from home, started going by Fukō and survived on their own until they joined the League.

They and Dabi have a physical relationship, but Fukō has fallen in love with him and they don't really know what to do about it.