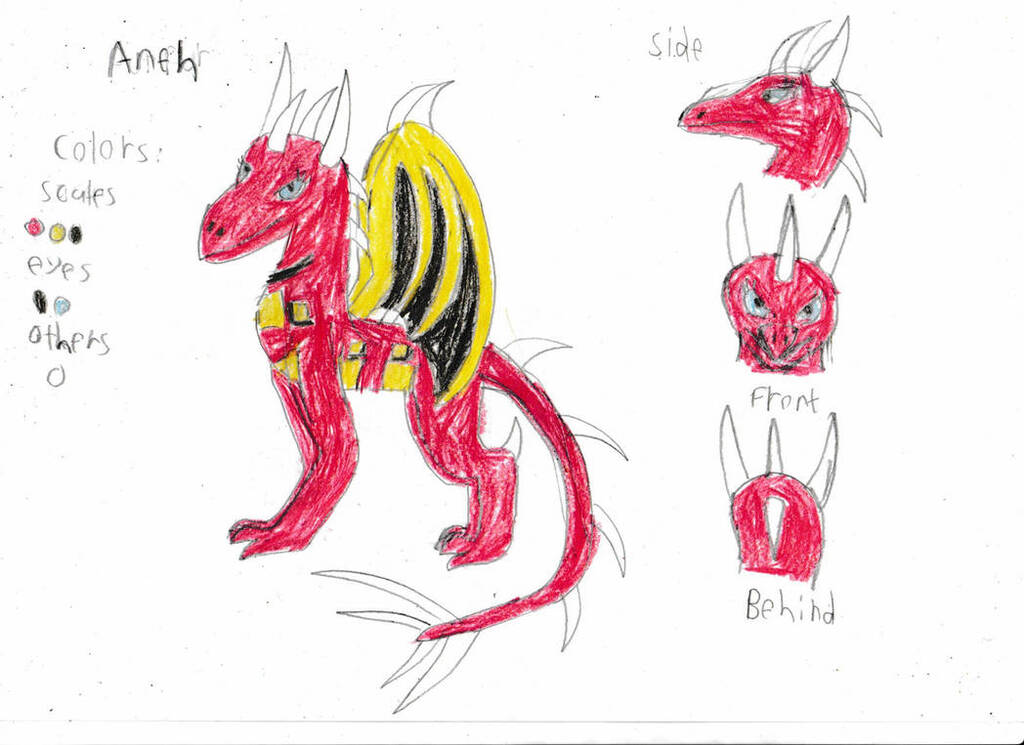 Birthday: 2.4.1702.
Place of hatch: Unknown.
Hair color: None.
Eye color: Blue.
Backstory:
Aneh hatched in group of scavengers along her brother Rojo. They spend their times playing with Madax, Dorn, Negro, Saimin and later with Rayas.
One day Dragon Guards came and killed off all adults and took kids to Dragon council for judgement. Chairman Iswed deemed them too unnatural and banished them to Stramba island. Her brother swore to keep her safe from danger, though Aneh insisted that she could keep herself safe from said harms herself.
When Madax took role of leader he forced her and Rojo to desert that became their domain.
Years later Ealim created servants to them. Soldiers, scout Vicitra and general Ese.
More years passed until Eveliina came, they didn´t to kill her, he and she and her brother toyed with her a bit. Later when they encountered again they would form alliance and depart to Madax´s domain to witness Rayas fighting his own big brother.
Now she lives under Rayas´s rule.
Personality: Just like her brother Aneh is calm one, letting the servants to the job, only bothering to toy with the victims.
Strenghts: Aneh´s spikes make good defense in combat if she does need to fight. But she isn´t master at it as she ran away from stuff like Stramba. She´s well adapted to live in harsh desert of Stramba island and knows it like back of her own pockets if she had ones.
Flaws: Aneh isn´t exactly brave one, only picking those that are smaller than she is, she will freeze solid by fear if Stramba appears which forced most of time Rojo save her.