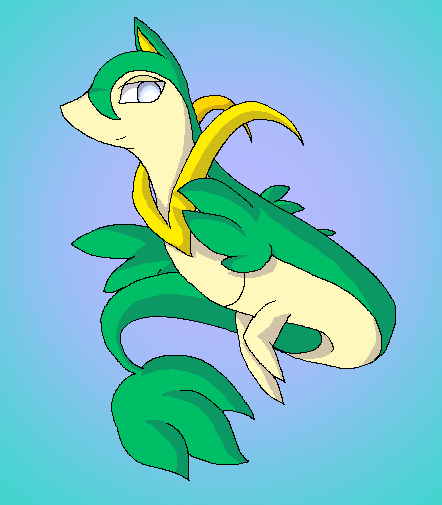 Jenora was blinded by an exploration team back when he was still a Snivy, but that doesn't stop him from being a formidable opponent and dangerous outlaw. He's generally cold towards people he doesn't like or know, but it's not too hard to get on his good side, either. He enjoys a good challenge, and gets bored easily when he runs into so many pushover enemies. That being said, Team Infidarious actually managed to catch him by surprise with unexpected reinforcements, he accepted his loss with grace, and currently resides in Treasure Town's jail.