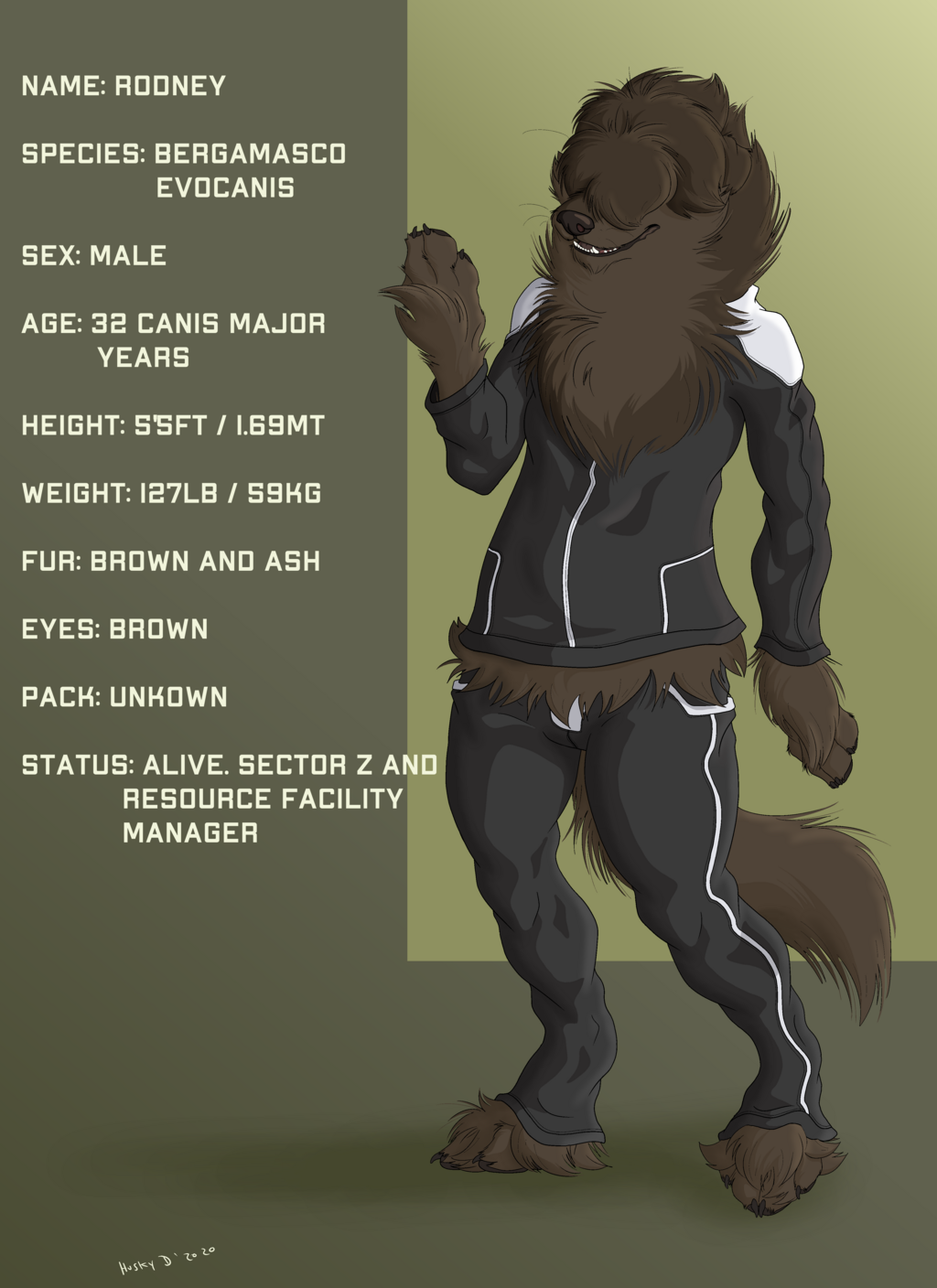 This character is completely new and interestingly enough, he was originally created and sketched by my very good friend kai_the_lion from FA. I've completely fallen in love with Rodney, so much that I had to make him an official character. And he has had a few appearance in the comic already, so I thought he deserves his own reference sheet.

"Rodney is a veteran on his own. He's from the older generation of Evos and has survived both invasions to Canis Major. Rodney comes from a bloodline known as "The originals" who were the very first Evos that inhabited Canis Major. As his predecessors, Rodney has been transferred all the knowledge regarding Canis Major. Naturally, this has landed him the role of not only a Sector Manager (of one of the biggest and most important sectors in Canis Major), but also a resource manager. But as a direct descendant of the Originals, Rodney is also part of a small group of Evos known as the Core Keepers. The Core is the very heart of Canis Major; a computer as old as the colony itself, deep within Sector Z. This computer was recently replaced when Canis Major was rebuilt by the Retcans, but the Core still remains as an archive of everything that the Evos and Canis Major are. Rodney is one of the very few that have full knowledge on how to access the Core.

Rodney undoubtedly holds great knowledge. It is thanks to him and a few other Evos that Canis Major has kept itself self-sustainable for so long and many centuries to come."

I love this boy! He's definitely very difficult to draw in full detail, but worth every second of it.

Character and art by me (and my friend Kai for designing him of course!)