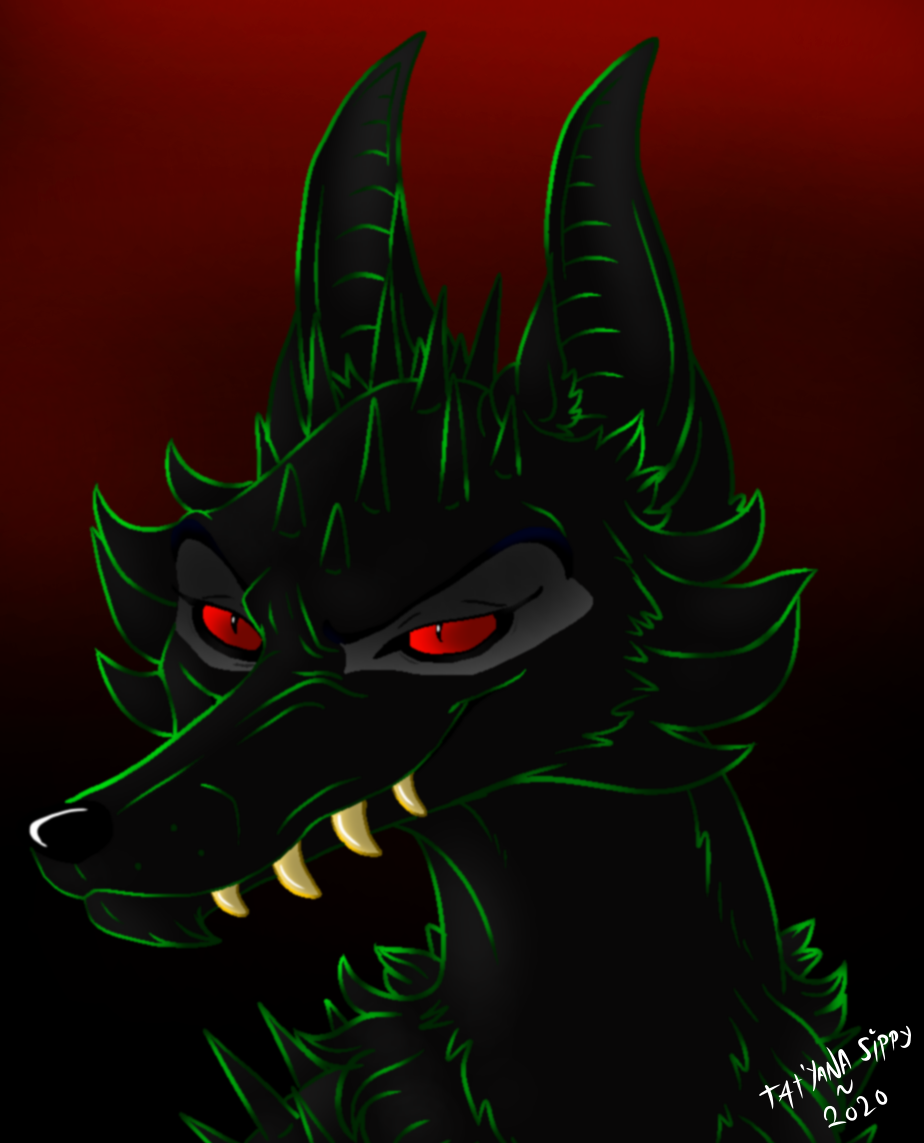 Scratcher, or 'Prince Scratcher is one of my personal favorite OC's. He is also a main antagonist in my comic, Virus Attack.

He identifies with both the male and female gender (slightly more female), and his pronouns are He/Him, She/Her or They/Them... actually, he doesn't care about that... as long as you don't call him 'trash' XD

Scratcher is the son of Matthias, and Heir to his father's pack.
He is very mean, arrogant, bossy and extremely self-centered. He can be a little cowardly sometimes...
He also finds himself the prettiest, and likes to groom his
fur all day long. He is the smallest, slender and weakest virion, but he is still very dangerous!
Scratcher is bisexual. He doesn't fall in love in the original story, but in his own Valentine's special, he falls in love with Cody, a MERS-CoV (another coronavirus) virion.
He speaks with a deep, raspy voice, and a southern accent (Tennessee).
Scratcher is based on a Tesem, an extinct Egyptian breed of dog, and a solar eclypse.

NOTE: I call Scratcher He/Him, because I originally created him as a male, so I'm used to use this pronoun.
I changed the gender to non-binary/bi-gender just recently, because this suits his slightly feminine looks and behavior.
Scratcher is the character that I've edited the most...